McLaren Is Thinking About Going Back To Mercedes Engines – WTF1
Skip to content
×
Formula 1 , News

McLaren Is Thinking About Going Back To Mercedes Engines

The struggle is very much real at McLaren and Honda, the rekindled partnership seeming more strained than ever after two problematic pre-season tests.

According to various reports – including the BBC and Autosport – McLaren has got in touch with its old mate Mercedes about making a return.

McLaren’s MCL32 repeatedly broke down during winter testing in Spain due to numerous power unit issues, with the engine lacking reliability and performance.

After two difficult seasons, McLaren and Honda had been hoping for a smoother start to 2017 but that was far from the case…

There were probably a fair few sad Alonso emojis being sent around, with the longest run of testing for McLaren reportedly being just 11 laps.

McLaren was a factory partner of Mercedes until 2009, when the Silver Arrows set up its own team, but continued as a customer until 2014.

The team is “considering options” (according to a spokesperson, quoted by Autosport) and that apparently includes Mercedes.

Hardly surprising when you look at the performance and success of the Mercedes-powered teams, but Honda has always been adamant the problems can be solved.

McLaren is probably losing patience now though, it was always going to be a tough start but the team definitely didn’t expect to have so many problems at the start of season three.

If Honda can’t get its act together, there’s a lot at risk – a good position in the constructors’ standings for prize money, drawing in a potential sponsor and even losing its lead driver Fernando Alonso.

The approach to Mercedes by McLaren was “exploratory” and was probably just to get a feel for the situation, but a supplier spot is now open with the demise of Manor.

During testing, McLaren was adamant it was sticking with Honda but you never know – if a Mercedes deal comes calling, it’d certainly be very tempting. 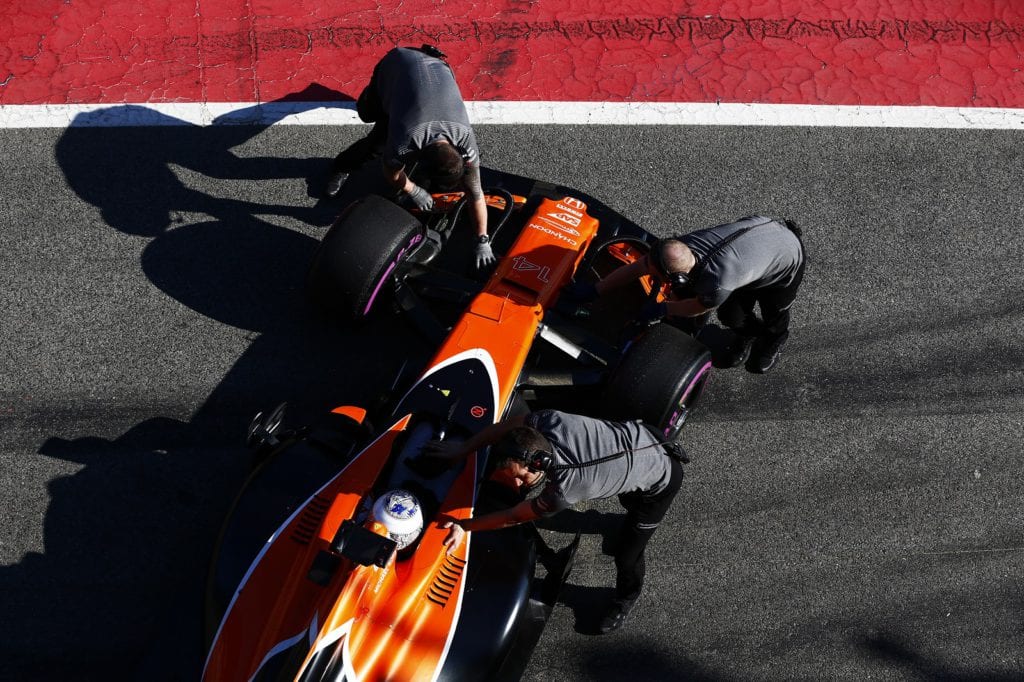