The driver line-up for the second and final F1 in-season test, which takes places after the Hungarian Grand Prix, is shaping up very nicely indeed.

Lando Norris is the latest to be confirmed, getting one day of running in the MCL32 in Hungary. He joins McLaren development driver Nobuharu Matsushita, with the Honda-backed racer testing for Sauber.

Of course, teams have to set aside two of the four in-season test days for young drivers. But, a more experienced driver will also be driving a 2017 F1 car for the first time: Robert Kubica.

Meanwhile, Norris will share driving duties with Stoffel Vandoorne, who will be at the wheel of the MCL32 on day one before handing the car over for the second day.

If you’re not aware of Norris by now, where have you been for the last two seasons? This year he’s taking the European Formula 3 world by storm, with three victories in his rookie year so far.

The past two seasons have seen him win MSA Formula, Formula Renault 2.0 NEC and Eurocup and Toyota Racing Series titles. Plus, he won a McLaren F1 test when he clinched last year’s McLaren Autosport BRDC Award.

Quite a list of achievements, so it’s no surprise he’s been tipped as a future F1 star and is getting to test at the Hungaroring – when McLaren has more experienced test and development drivers available.

It’ll be his first time driving a 2017 F1 car, and the Hungaroring will be an interesting place to complete that milestone, with its twisty and tight layout.

Interestingly, Vandoorne drive at the first in-season test in Bahrain alongside Oliver Turvey, so Fernando Alonso won’t get any extra running in this year. 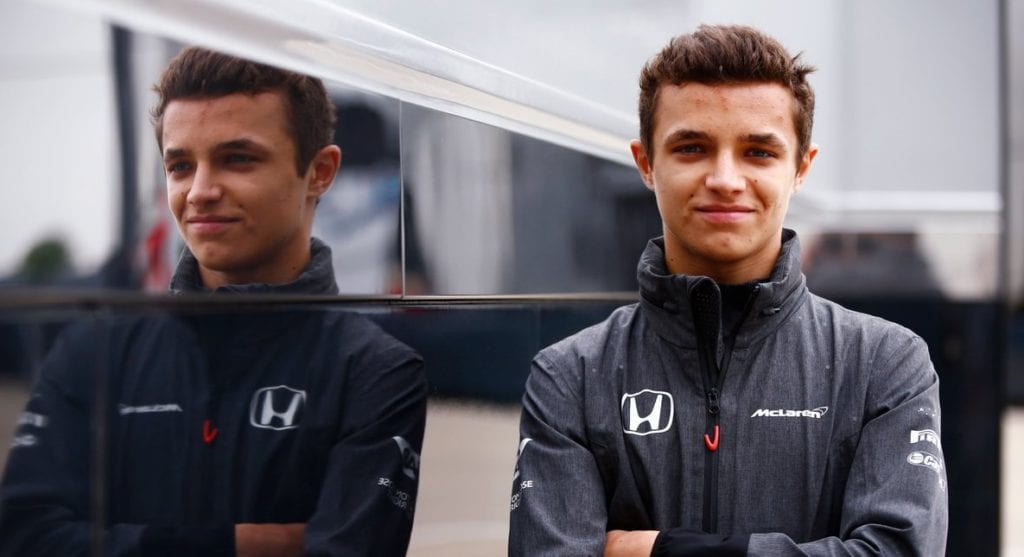