Lando Norris came agonisingly close to winning the FIA Formula 3 European championship it a couple of weeks ago but instead ended up becoming a meme. However, he’s now closed out the title with a second-place finish in race one of the weekend at Hockenheim, as title rival Maximilian Gunther could only finish 10th.

It’s been an epic season for 17-year-old Norris. He’s the first driver to win the title driving for a team other than Prema since 2010, and the first rookie to win the overall championship since the F3 Euro Series first became a thing in 2003. Not bad at all!

The 17-year-old has been something of a sensation in the junior formulae. He won two Formula Renault championships last year, and in February this year was signed to McLaren’s junior programme. He tested for the team in Hungary and was seriously impressive.

Winning the F3 title gives Norris enough superlicence points for Formula 1, and there’s a possibility he’ll take over the reserve driver role from Jenson Button at McLaren for next year.

He’ll probably have to wait a bit to become an F1 driver though, as he’s been tipped to race for the all-conquering Prema squad in Formula 2 next year. But with the record he’s had in his career so far, surely he’s not too far away from making it all the way to the top. 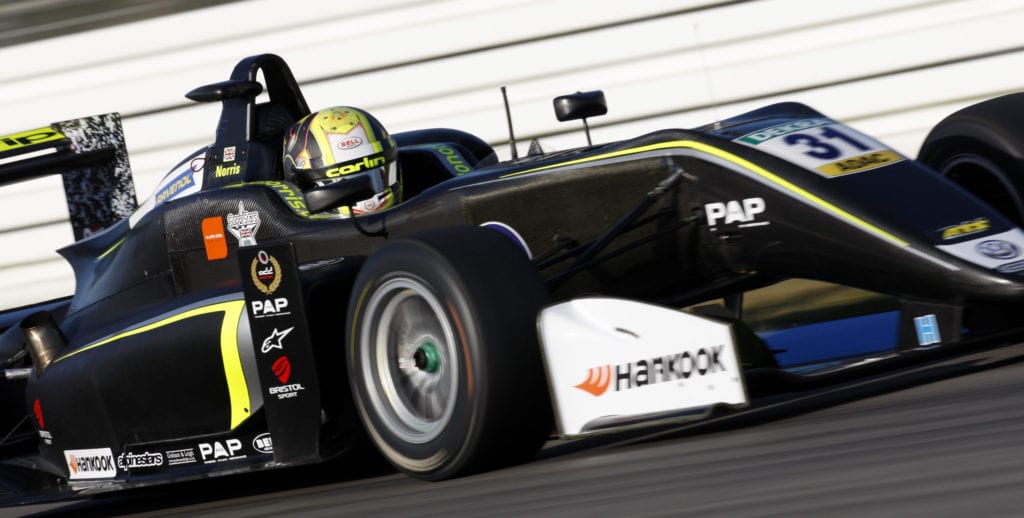