Wow, what a first launch of the season! McLaren has set expectations high with an action-packed launch show that included both drivers creating their own song, cute video messages from family and fans plus the unveiling of the 2021 challenger.

With the new driver lineup of Lando Norris and Daniel Ricciardo and a sparkling new Mercedes Power Unit in the back, lots of fans expect big things from the Woking team this season. Their car looks great once again, with a very similar livery compared to last year’s car.

The rear of the car is also slightly slimmer, thanks to the compact Mercedes engine that will be present in the car from 2021 onwards. There are a few small tweaks to the rear wing endplates, as well as a new nose, airbox design and a revised cover for the Mercedes engine.

The launch itself was also mega random. We saw Norris and Ricciardo head to a music studio, ready to create a track that will actually be launched before we get to Bahrain next month. From playing instruments like bass guitar, drums and even the triangle, the new McLaren duo looked like they had a great laugh – although we won’t talk about their attempt at signing. Best stick to the driving, lads.

2021 will be a big year for McLaren. After finishing third in the constructors championship in last season, and with the best power unit now in the back of their car, there are hopes they could be challenging the likes of Red Bull or maybe even Mercedes themselves this year. For now, let’s wait and see.

“We’re thrilled to launch our 2021 team with Lando and Daniel, as we prepare to get the Formula 1 season started,” Zac Brown, McLaren Racing CEO said.

“We’ve got an incredibly exciting driver lineup this year, both are formidable racers on-track and great characters off-track. Lando is a naturally fast and intelligent racer on an exciting trajectory, while Daniel is a multiple grand prix winner with a sharp racer’s edge and exceptional talent.

“We head into this season with an incredible group of committed and valuable partners at our side, who are such a vital part of our team. 2020 represented a significant challenge, not just for McLaren Racing but also many of our partners, so to have maintained their support is a testament to the quality of our partners and the relationships we have formed on our journey together.”

The MCL35M wasn’t at the launch on Monday evening, as it had been packed up ready for a filming day at Silverstone tomorrow. We look forward to seeing that content too!

What do you think about the new McLaren? Let us know in the comments below. 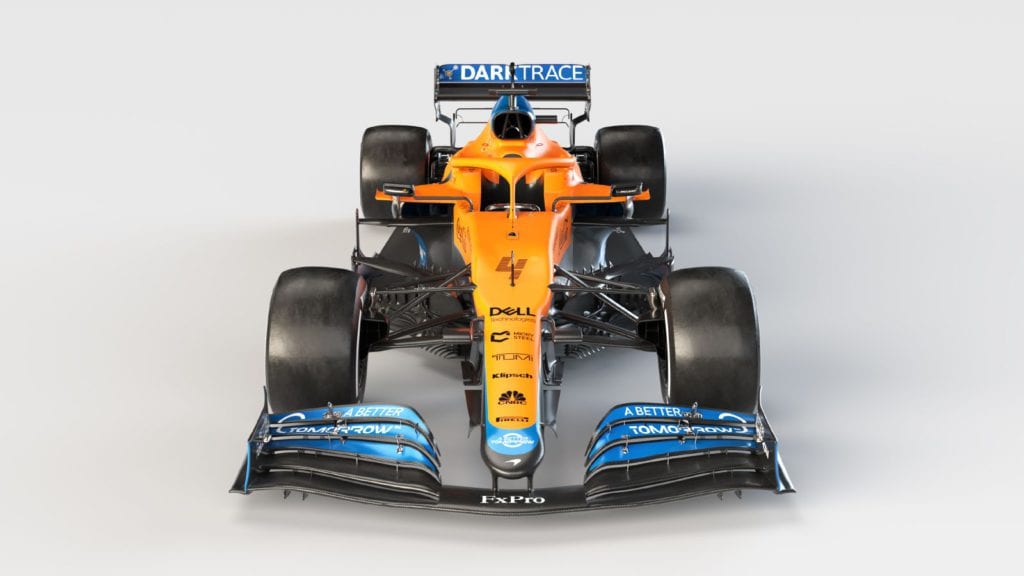