The car’s owner is a huge Senna fan who wanted to do something to pay tribute to the Brazilian’s first world title, so what better way than by having a car done up to resemble the MP4/4 he won it with?

Decked out in a full Marlboro livery (well, not quite – thanks, tobacco advertising restrictions!), the 800-hour paint job is full of neat touches. There are Brazilian flags, Senna logos, and his ‘Driven to Perfection’ slogan dotted around the exterior. The car also proudly wears the number 12 Senna used during the 1988 season.

The changes aren’t just restricted to the livery, either. The interior also features some bespoke touches, such as more Senna branding, seats from the McLaren Senna, and an Alcantara steering wheel which has been colour matched to the wheel of the MP4/4. McLaren has even painted up a matching helmet for the owner, complementing the theme.

There have been some technical upgrades, too. Aerodynamics have been improved to give the car more downforce and the engine has been tweaked too, giving what the owner describes as a “suitably pleasing” power boost over the 986bhp on offer in the standard car.

The end result, as I’m sure you’ll agree, is one stunning looking car. We’re looking forward to owners commissioning cars which pay homage to other great McLaren drivers of the past – how about an Alain Prost-edition P1 GTR to complement this Senna one? What about a Mika Hakkinen-edition 720S? Or, best of all, a Pedro de la Rosa version of the Speedtail… 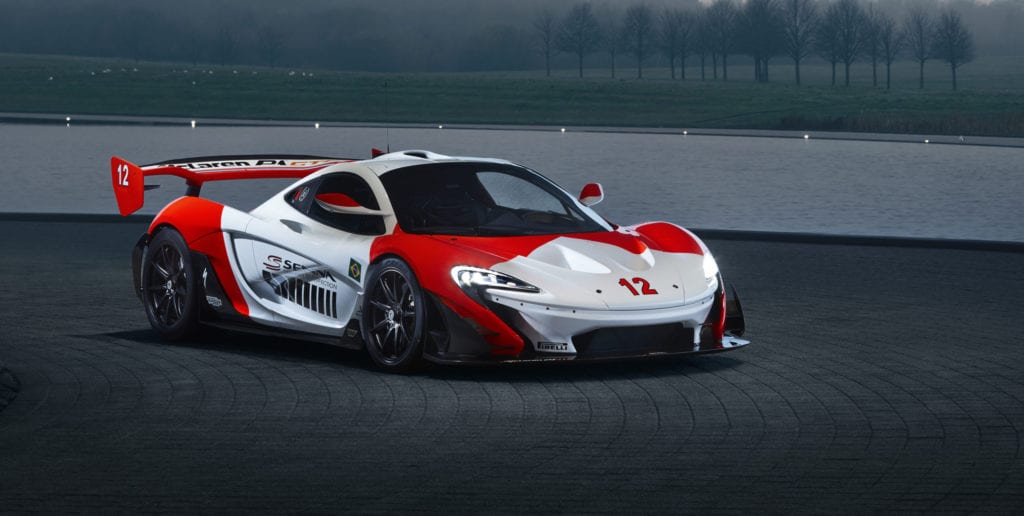