McLaren Praised Norris For Scoring Points With A Broken Car In The French GP – WTF1
Skip to content
×
Formula 1 , News

While running in a comfortable seventh, and looking set to complete a superb weekend for the British rookie and McLaren, a hydraulics issue hit Norris with around 15 laps to go at Paul Ricard. This ended any chance of challenging team-mate Carlos Sainz for sixth place, and soon enough put the swarming pack of Daniel Ricciardo, Kimi Raikkonen and Nico Hulkenberg on his tail.

Norris fought to keep the trio behind, but on the last lap fell to tenth after being run off the track by Ricciardo as the Renault driver tried a move at the Turn 8/9 chicane. After a post-race investigation, Ricciardo was handed a five-second time penalty for the incident with Norris – and another one a few hundred metres later with Raikkonen – promoting Lando to ninth and doubling his initial score. Every cloud.

The issue first led to “aggressive” upshifts, before Norris was asked to refrain from using DRS. It then went on to attack the brakes, power steering and differential, making the car pretty much undrivable. Speaking to Motorsport.com, Seidl praised the engineers and Norris for holding on against quite the storm.

“It was simply about engineers plus Lando trying to survive, which they did. They did a great job in battling it through, because it was affecting gear shifting, braking, and power steering. Then unfortunately, on the last lap, it was just not enough any more. As soon as Daniel was there with the DRS train, we had to give up the positions.

“Of course it is normal he gets vocal on the radio, because he needs help from us. But again, I think it is simply impressive to see how in this young age, in his eighth race, how he is dealing with that and still could, until the last lap, keep the lap times up.”

A downbeat Norris said that it was “frustrating” to lose seventh place so close to home, particularly after a stunning qualifying performance left him ahead of Sainz and fifth on the grid.

“It was getting worse and worse. The car was getting very difficult to drive, quite unpredictable. The braking was really inconsistent. Upshifts and downshifts were terrible, the power steering started to go. Then something with the traction and the differential started to go. It was a whole load of problems, which weren’t very nice to have. In the end it cost us P7, so it is frustrating. It would have been nice to have a P6 and P7 for us as a team as I think we deserved it.”

A fantastic performance, and one that ended up in disappointment through no fault of his own. He needs some milk. 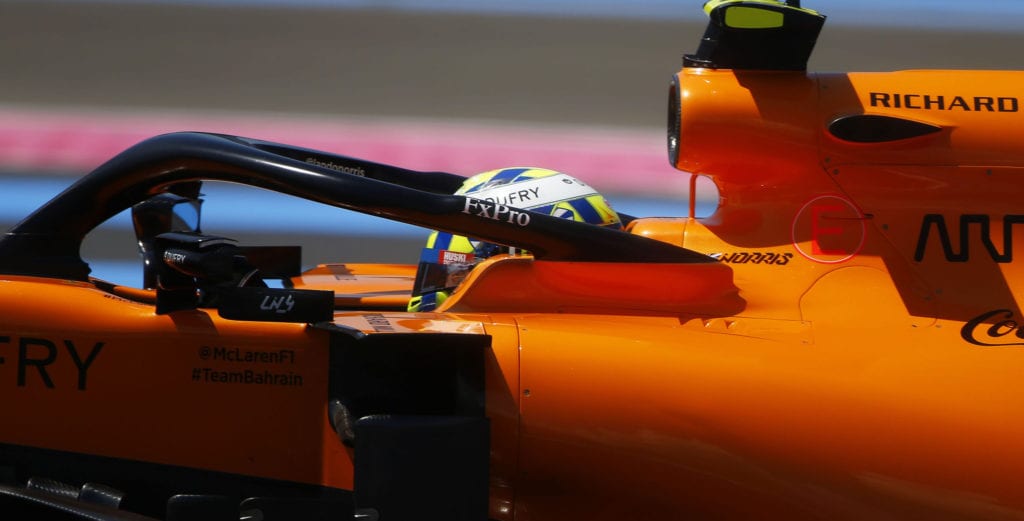