McLaren Reveals Its 2018 F1 Car In The Famous Papaya Orange

2018 is a big year for McLaren. We’ll find out whether ditching those troublesome Honda engines for Renault ones will propel the team back to somewhere near the front, or whether it’ll be resigned to another year in the midfield.

Things are off to a good start as the livery returns to the classic McLaren shade of papaya orange, as seen in the leaked image yesterday.

Although shark fins for 2018 are banned, teams actually wanted to keep them for sponsorship reasons and voted to reverse the ban, but McLaren voted against it. We all wondered whether that was because the team had some clever aero trick it wanted to exploit – if it did, it’s kinda hard to tell from looking at these images.

That leaves us with just one team – Force India – left to reveal its car, which will happen just before testing starts on 26 February. 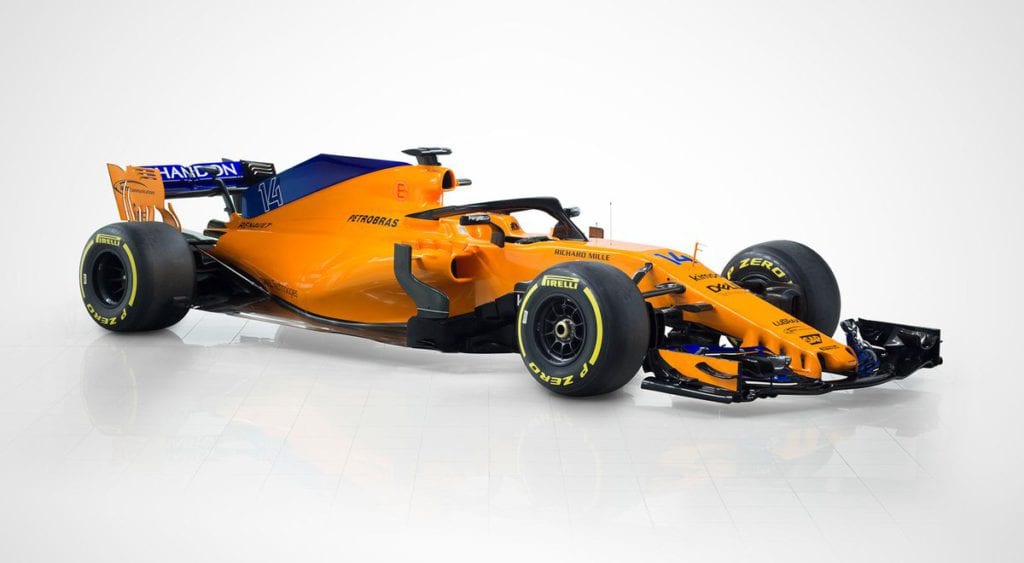