After four days of gruelling competition involving sim racing, physical and psychological testing and driving an actual GT4-spec McLaren, 20-year-old Brazilian Igor Fraga was crowned the winner of the McLaren Shadow esports competition. In the end, his victory was rather a comfortable one, beating rivals Nuno Pinto and Miguel Ballester by seven seconds in a one-race showdown at Sebring, driving McLaren 720S GT3s on rFactor 2. His prize? A place on McLaren’s esports team, as well as the opportunity to work with the F1 team in various aspects including on the simulator and trackside at races.

His success shouldn’t be entirely surprising as last year, Fraga won the FIA-backed Gran Turismo Sport Nations Cup. He also has plenty of experience in real-life cars – in 2017 he won his class in the Brazilian Formula 3 championship and spent 2018 racing in USF2000, the first step on IndyCar’s ‘Road to Indy’ ladder, as well as finishing second in the North and Central American F4 championship.

However, the history of motorsport is littered with drivers who make it to the lower levels of single-seater racing and then, for whatever reason, fade away. Determined not to let that be the case, Fraga feels that esports is a potential gateway into furthering his real racing career. Speaking to WTF1 after the event, Fraga said:

“Winning means a lot. I race in real life as well, I started really young and I have been putting so much effort into motorsport and I feel like right now I’m kinda close to getting my dream. This means a lot to me and I will just keep doing what I have been doing and try to get even further, that’s my goal.

“I believe that the esports scene is growing quite a lot and it could be like a new entry some day for real motorsport. The door is starting to open right now and I believe that there are few drivers that have experience in esports and real life so this could be a good bridge for me. I believe [winning McLaren Shadow] will be very good and positive, so I’m looking forward to it.”

Fraga’s real-life racing experience can certainly be an advantage, but he’s not just a racing driver who’s also handy on a sim – in fact, he actually started out his racing career in the virtual world. He explained:

“Sim racing came first, then the racing. I was like three years old and my dad was planning to put me in a kart but I was so small that he wanted me to have a base of what it’s like steering and using the throttle and brake. So he bought me Gran Turismo 3 and the first Logitech racing wheel so I started like this.”

So, how does a 20-year-old celebrate winning a potentially life-changing competition? Very sensibly, apparently!

“I’m just going to go back to the hotel, have a good bath and a good sleep! My body is a bit stressed because it’s just four days of competition, physical tests, the track day, so it’s been a little bit tiresome. But I’ve enjoyed the experience so much.”

The next steps of Fraga’s career are going to be incredibly interesting to watch. As well as a solid future in esports, the backing of McLaren and access to the team’s facilities could open all sorts of doors in the world of real motorsport, too.

It certainly has done for the winner of World’s Fastest Gamer, Rudy van Buren – check back next week for an article on how working with McLaren over the last year has changed his life. 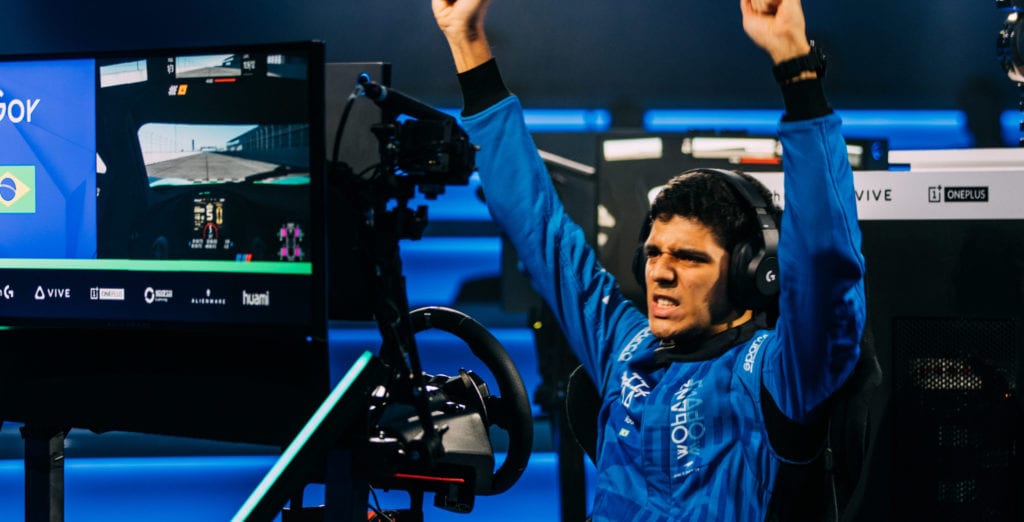