McLaren is on schedule for its best points haul since the 2014 season and is finally on the ascendancy. You wouldn’t think this was case given the impression presented of the team (and sometimes by the team) after a few sessions in which it hasn’t been best of the rest.

This is partly because of what we expect from McLaren. Race victories and podiums are still a long, long way off, but the team is at least going in the right direction again.

This year’s MCL33 hasn’t lived up to expectation as a chassis. Far from being close to the identically-powered Red Bull RB14, the team can at least be consoled by the fact that the car looks roughly on par with the Renault works team for the moment.

Zak Brown conceded in a recent interview with F1.com that the noise around McLaren having the best chassis last season was more about team psychology and morale than anything firmly grounded in reality. The double-edged sword is that this year’s chassis was spectacularly overhyped this season, but Brown believes that the upgrades in Spain provided another step in the right direction:

“It was a definite step forward. It was good because the car was responsive, and the drivers liked it, so it was substantial. And there was good correlation with what we had expected from our wind tunnel research, so it gives us a better platform for the next upgrades.”

The chassis didn’t deliver in Monaco; qualifying was particularly disappointing for the team. But at a slightly more conventional track this weekend, Fernando Alonso and Stoffel Vandoorne could do a bit more.

Qualifying pace has been the biggest weakness for the team so far but must surely prefer the hand they’ve been dealt, which is a quicker race pace and opportunity to secure places in the top ten on a Sunday.

Being involved in the fight for fourth appears to be the best that this iconic team can hope for in the present, but Brown and co have their eyes on the future and an ambition to return the classic combination of McLaren and victory. 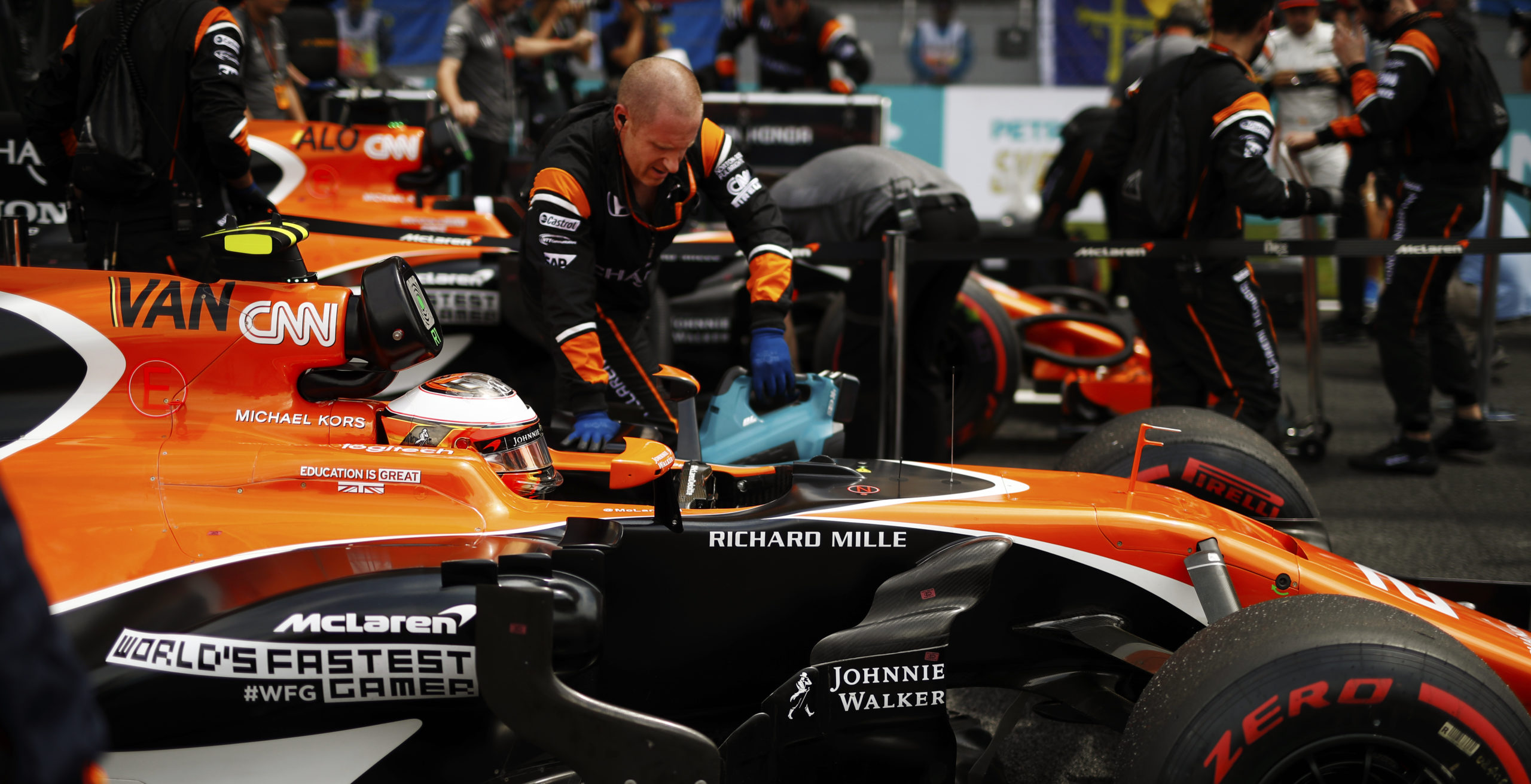