This year McLaren has finally ended its bad, bad, bad relationship with Honda, so now there are no excuses and the team can get back to winning again instead of breaking down. Errm…

Well after numerous mechanical problems during F1 testing in Barcelona, it’s got fans wondering if it really was all Honda’s fault these last few years.

Smoke billowing from the engine bay through the air intake and under the rear bodywork. Acrid smell of burning carbon. Not going to be pretty when they open it up. pic.twitter.com/gIWNcuYtex

Anyone who's got a memory longer than 3 years won't be surprised.. In 2012 they had arguably the fastest car with the best/most reliable engine, but were still woefully unreliable. It's what ultimately caused the current world champion to leave #F1 https://t.co/UYDvSKcLOr

Seems like it wasn't @HondaRacingF1 problem after all. @ToroRosso is doing just fine while @alo_oficial & @svandoorne are still breaking down on the track or not running long or not leaving the paddock, unlike @redbullracing and @RenaultSportF1. What's the real deal, @McLarenF1?

So @McLarenF1 had cooling issues due to tight design and oil cooling issues last season. Now a new engine and again those issues? Or am i looking negative at it? The @HondaRacingF1 seems to work fine in the @ToroRosso and the Renault goes well in the other cars.

Are fans too quick to jump on more McLaren reliability, is it just teething problems for the change in engine supplier, or are the team going to be left embarrassed this year?

Let us know what you think in the comments. 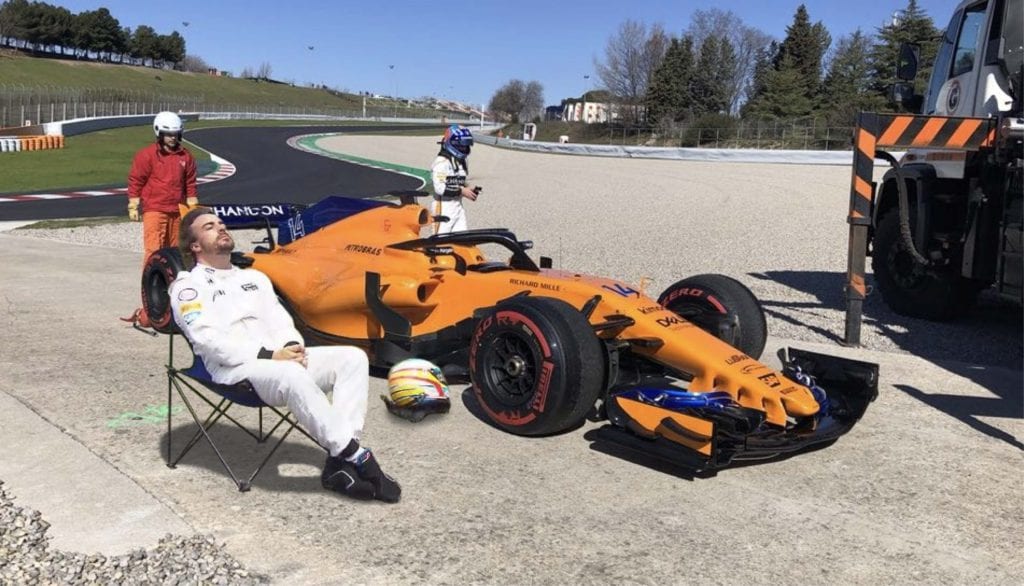