Ever since Fernando Alonso’s maiden showing at the Indianapolis 500 in May 2017 with the McLaren/Andretti Autosport project, the Woking outfit has been tipped for a full-time IndyCar entry in the foreseeable future – but it may be without the nomadic Spaniard.

Two years on from McLaren’s long-awaited return to The Brickyard, it (and Alonso) is back with another familiar name in Carlin and has made the switch from Honda to Chevrolet power. A full-time entry for 2019 was reconsidered, but Brown says that either 2020 or ‘21 could still be on the cards – however, the needed restructuring of the F1 team has taken firm priority.

Speaking to Autosport at last weekend’s IndyCar race at Long Beach, where he also took part in a historic support race meeting, Brown said that McLaren does want to be part of the permanent IndyCar picture.

“We’re a big fan of this racing series. I think Mark Miles [CEO of Hulman and Company, who own IndyCar] and team have done an excellent job. The racing is outstanding – great teams, great drivers, great venues. So it’s a place that McLaren would like to race.

“We’ve been very focused on Formula 1, and we remain very focused on Formula 1, but I’ve now completed the hiring of the balance of the leadership for the Formula 1 team now that James Key has started as technical director and Andreas Seidl is the managing director. We really needed to get that completed. Going ahead and getting the equipment, making the investment in doing Indianapolis this year in the way we are is another step [towards a full season entry].”

Brown added that he needs to be certain that the timing of the move is correct in his eyes and the eyes of McLaren’s shareholders. McLaren’s ambitions are to have sustainable and competitive F1 and IndyCar outfits, plus there could always be a future in the World Endurance Championship alongside those endeavours. He explained that McLaren Racing would be a two-car entry, not in conjunction with Carlin – who has only been used for McLaren’ 2019 Indy project for the sake of viability.

Brown also said that Alonso’s involvement is not pivotal to McLaren’s full-time project, with the double F1 world champion still undecided on making a comeback for 2020 should a lucrative seat become free.

“There is no doubt that the shareholders at McLaren would like to be in IndyCar. I think it’s more of a when than an if, and if we were to do it for 2020, I think we’d need to make that decision in the summer in order to be properly prepared. So it’s nothing that we’ve ruled out for 2020, and that decision will come sometime in the summer, and if not then, then we’ll look towards 2021.

“I need to be convinced over the timing of the move. I’m certainly convinced we should be in IndyCar, but I need to make sure that we’re happy with where we are in Formula 1. I’ll go forward with the ultimate recommendation [from shareholders] when the timing is right and when we as an organisation can do multiple racing series competitively without one draining the resources from another. And we’re just not there yet.”

McLaren’s last full-time entry in America’s premier open wheel category was 30 years ago now. How do you think a return would go for the team? 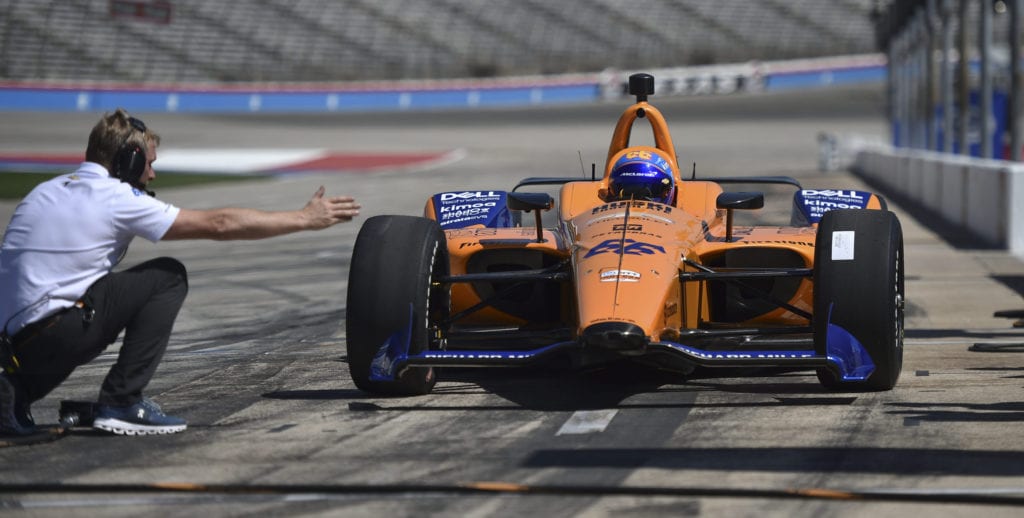