Williams was set to be the first team to unveil its new car but was beaten to the punch by Haas. Still, being second isn’t that bad, so here’s the new FW41, which was revealed at a launch event in London.

Gone is the full-on shark fin and T-wing from 2017 (both banned), and in comes the Halo, which Williams has decided to paint white.

The team has decided to stick with the same Martini livery it’s had since 2014, only this time there’s a good deal of black on it too. It not only looks pretty cool, but also probably hides some interesting aero stuff.

Williams has been the talk of the off-season with the rumours of Robert Kubica getting the seat alongside Lance Stroll. It didn’t quite work out that way, though, and Sergey Sirotkin will instead be making his F1 debut.

The is the first Williams that former Mercedes technical guru Paddy Lowe has had a say in since he joined the team in early 2017, so it’ll be interesting to see whether the iconic family-run team can move up what is set to be an incredibly tight midfield this year.

Red Bull will be the next team to launch its car on 19 February. 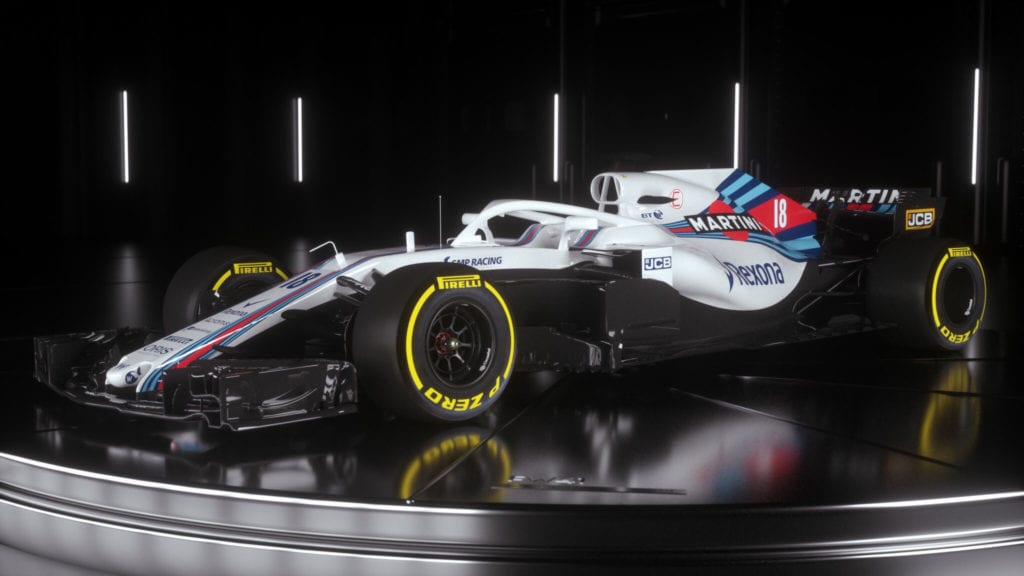