The 2010s was a bad time for Ferrari in terms of it being the first decade in F1 history where the team failed to win a single championship of either kind.

Why is it called the SF1000? Well, it’s to celebrate the fact the team will compete in its 1000th grand prix this season, a feat it will achieve in either Canada or France, depending on whether or not the Chinese GP gets cancelled.

Livery-wise… it’s red. Big surprise. They’ve also stuck with the matte red introduced last year – a good thing, too, because it looks superb – along with the black accents.

The coolest thing, however, is the typeface used for the numbers, which is a throwback to the Gilles Villeneuve era of the late 1970s/early 1980s.

In terms of performance, Ferrari will be hoping for something that’s a bit more consistent than the SF90 was. Unbeatable at some races and nowhere in others, too often Charles Leclerc and Sebastian Vettel made errors in an effort to try and neutralise the shortcomings.

Hopefully, the team will also have a clearer plan of how to cope with managing the pair this year in order to prevent any more of the operational issues that plagued the team last year – assuming Leclerc hasn’t ascended ahead of his senior teammate, that is.

It’s an aggressive-looking machine (the bargeboard area looks particularly crazy) but can Ferrari use it to finally topple Mercedes and see off a rampant Red Bull? 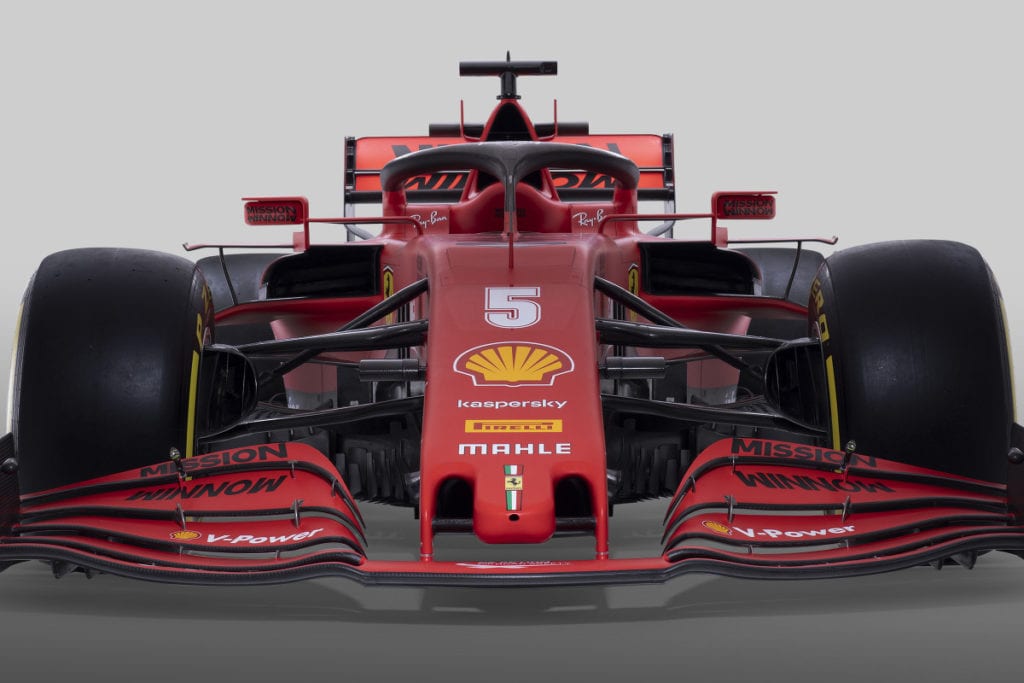