Mercedes liveries have never really been spectacularly epic, but the silver bodywork with Petronas turquoise and splashes of black has at least looked clean and classy and, thanks to the incredible success, become iconic.

For 2020, however, that’s gone down the pan a little bit. The new splashes of red on the front wing and the airbox aren’t much, but they’re enough to tip the livery into the realm of looking a little bit fussy. Here’s what it looks like on last year’s W10.

The red flashes are courtesy of a new sponsorship deal with petrochemical company Ineos, which will last for five years – is that a hint that the rumours that Mercedes is considering pulling out of the sport at the end of this season may well be wide of the mark?

Of course, aesthetics are merely a matter of opinion and maybe it’s just me, but it’s amazing how such a small addition to a colour scheme can have such a big impact on how it looks. Perhaps when the W11 is revealed on Friday it’ll make more sense. 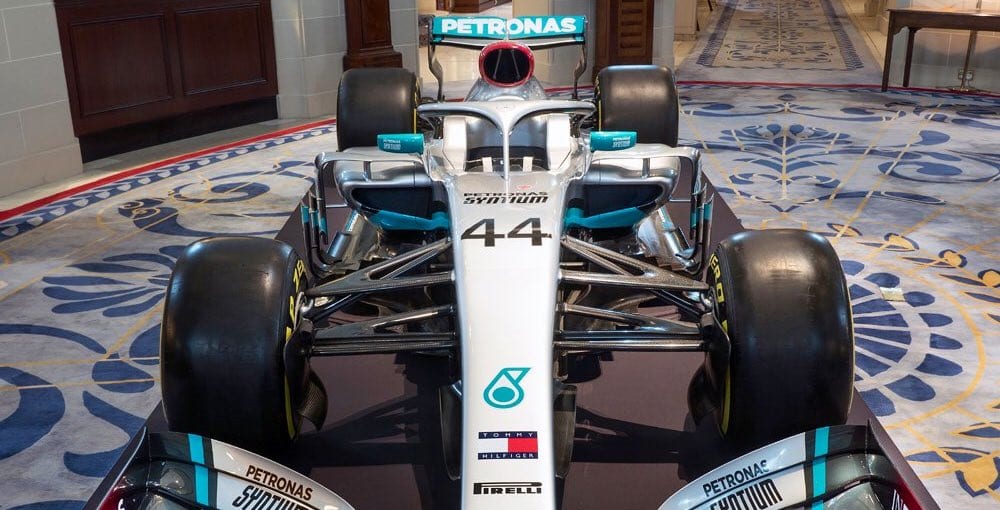