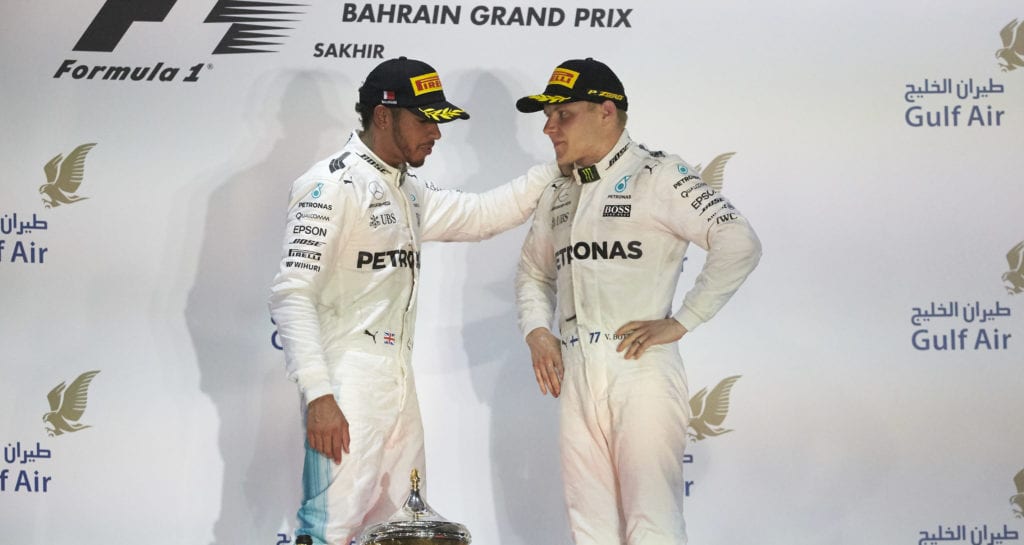 Mercedes Admits It Might Have To Start Using More Team Orders

Over the last three years Mercedes has given its drivers an equal chance of winning, as Lewis Hamilton and Nico Rosberg were mostly allowed to race each other. Merc were so far in front of other teams that the in-fighting wasn’t costing the team wins, but in 2017 that’s no longer the case.

Ferrari and Sebastian Vettel are more than a match for Mercedes this season, and in Bahrain Hamilton could have had a much better chance of winning had Mercedes implemented team orders earlier in the race. As a result Toto Wolff has admitted that the team may have to rethink the whole team orders thing for the rest of the season before it costs them any more. He said:

“We don’t like that [team orders] at all. It’s not what we have done in the last couple of years but the situation is different now, so it needs a proper analysis of what it means and where we are. We’d like to give equal opportunity at the start of the race, I think we owe it to them. Then you see what we did in the race, we made the call, we made the call twice, because we felt it was the only possibility of winning the race.”

Wolff was adamant that both drivers continue to be treated equally throughout the weekend and in the race, and that only if another car threatens the team’s chances of winning that one driver would be favoured.

So, no mention of a defined number one and number two driver yet, just an indication that whichever driver is fastest may be given preferential treatment on any given day.

On this occasion it was Bottas on the receiving end of team orders in Bahrain as he had to let Hamilton ahead twice, and he said that they’re the worst thing to hear:

“Honestly as a racing driver it’s maybe the worst thing you want to hear. That’s how it is. But for sure I did it because there was potential Lewis could challenge Sebastian. In the end it didn’t happen but the team tried which I completely understand. Personally it is tough but that’s life.”

With two teams on very even pace this year the way Mercedes and Ferrari manage its drivers could be critical to the outcome of the championship. Bottas seems compliant enough to play the team game but if the roles were reversed could you really imagine Lewis sacrificing his own race for the good of the team?

It’s a tricky enough situation to manage for Mercedes without the rival team being Ferrari – after all, when it comes to team orders they aren’t exactly shy! 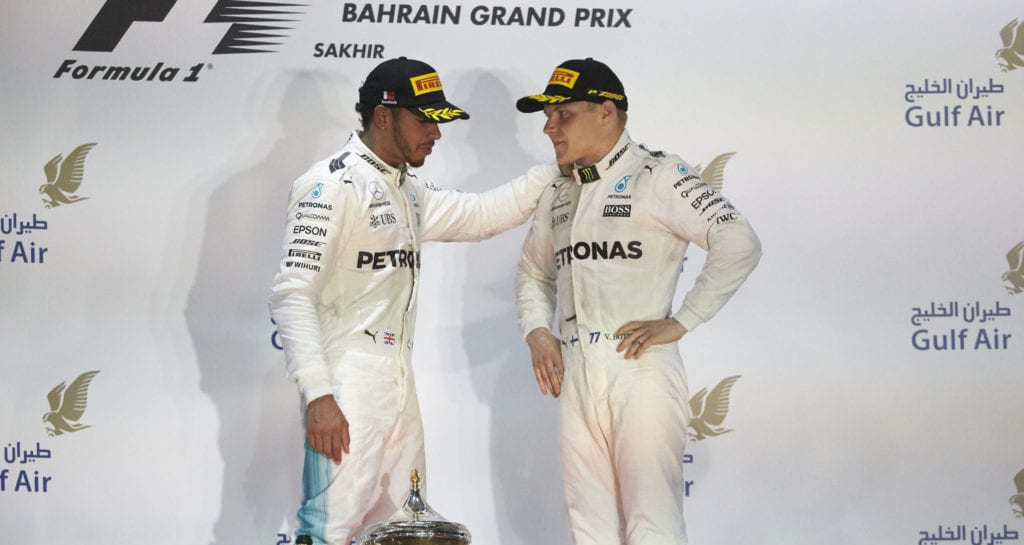