Testing is usually incredibly dull and when it comes to technical innovations, there’s usually nothing more to get excited about than a new front wing, cooling solution, or aerodynamic tweak.

But during the second morning of testing this year, onboard cameras captured Lewis Hamilton doing something very unusual. Going down the straights, he was physically pulling the steering wheel towards him before returning it to its original position before the corner. Not only that, but the action causes the front wheels to tilt at the front, going from a toe-out position to a more neutral one.

Naturally, the big question was whether such a thing was legal. But generally speaking, Mercedes doesn’t jump into questionable development areas without knowing what they can and can’t do. And, speaking to media in Barcelona, technical director James Allison said that he has no concerns over its legality, telling F1.com:

“This isn’t news to the FIA, it’s something we’ve been talking to them [about] for some time. The rules are pretty clear about what’s permitted on steering systems and we’re pretty confident that it matches those requirements. I’m pleased we got it on the car, it seems to be useful, and we’ll see over the coming days how it benefits us.”

Mercedes is calling its invention Dual Axis Steering – DAS for short – and while the team won’t reveal its true purpose, speculation on the benefits has already begun. Adjusting the toe on the straights could provide a slight benefit to aerodynamics, help the brakes to cool more efficiently, or allow the tyres to retain temperature more easily, thus giving the driver more grip and confidence when approaching a corner at the end of a long straight.

Whatever the benefit, it’s likely to have rival teams rushing around and working out how they can build a system of their own. Or if that fails, finding a way to protest it and get it banned. It could take a while, though – Racing Point technical director Andy Green told AMuS that he believes it’d take six months to get the system sorted from scratch.

The fact that the entire steering wheel moves backwards and forwards looks incredibly dramatic. In fact, as F1 tech goes, it’s probably the most dramatic thing we’ve seen on a car since we had drivers taking their hands off the wheel to use the F-duct systems in 2010.

It might make hearts sink seeing Mercedes pushing out such an innovation – especially one that’s so visually obvious – but whether it actually works or not is another matter. Plus, there’s always the possibility that it’s merely a distraction for some other smaller, but more significant development… 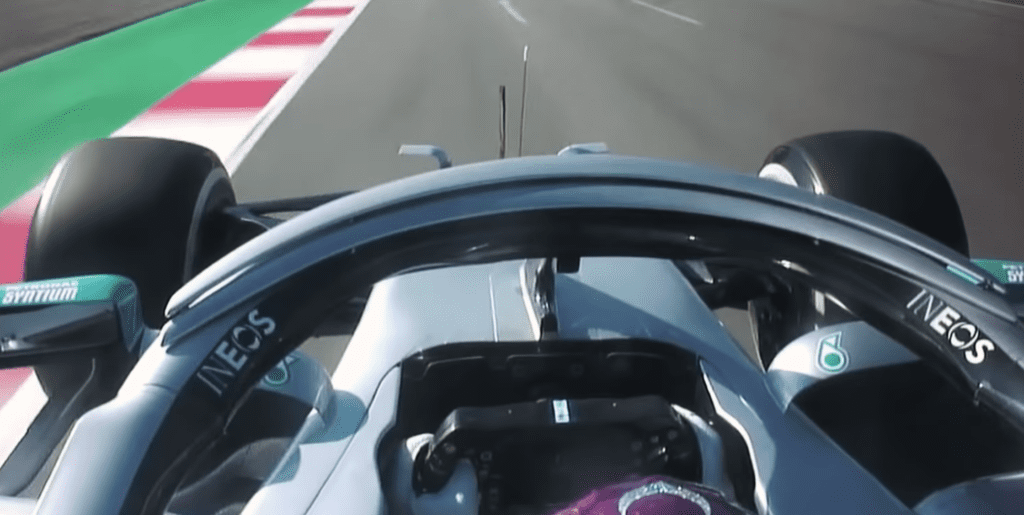