Perhaps the key moment of the Chinese Grand Prix was the introduction of the safety car, which completely changed the complexion of the race. Red Bull’s snap decision to pit Max Verstappen and Daniel Ricciardo for new sets of soft tyres proved to be both intuitive and successful as Ricciardo sliced through the cars ahead to win the race. Verstappen was his own worst enemy and will rue the missed opportunity for victory or a strong result.

Where Red Bull got it right, Mercedes is wondering how it went wrong. Again Valtteri Bottas finished second and put in a stoic performance, his pace on very worn rubber impressive towards the end. The Finn has now beaten his teammate twice this season.

Hamilton, meanwhile, was on the radio as soon as he noticed two Red Bulls in his mirrors on fresh tyres, speculating as to why he hadn’t been given a similar call from the Mercedes pit wall. Similar to the Australian Grand Prix, pre-calculated strategy rather than live intuition played a role in the general lack of reaction. Toto Wolff said after the race:

“We thought at the time that track position would be more than [enough]. You could see in the first stint there was no overtaking. Lewis’s tyre was a medium with at that stage barely 10 laps on. Our calculation predicted that the medium would last until the end and putting on a new soft, we thought, wouldn’t give you such a performance advantage. Much more than we expected.

“Now looking back it would have been for sure the right strategy to pit for the second soft. But nobody in the team, including myself, thought it was the right thing to do.”

A sense of ‘what if?’ surrounds Hamilton leaving Shanghai. He definitely had one of his occasional off weekends, and even if Mercedes had brought him in for a stop as the safety car was called, the only rubber available to him was either a new set of ultrasofts or a used set of softs. The ultrasoft was not the tyre to be on this weekend and probably wouldn’t have helped Hamilton climb the order. But whilst the used set of the yellow-walled softs wouldn’t have been as effective as the new sets on the Red Bulls, Hamilton might have been a defensive, fighting duck rather than a sitting one towards the end of the race.

Mercedes will be unsatisfied with the result this weekend given its previous record in China – and who would have thought that both Ferrari and Red Bull would win before Mercedes in 2018? Credit has to be given to Pirelli once again, though. Just as in Bahrain, the choice of compounds allowed for some tense, strategic racing. 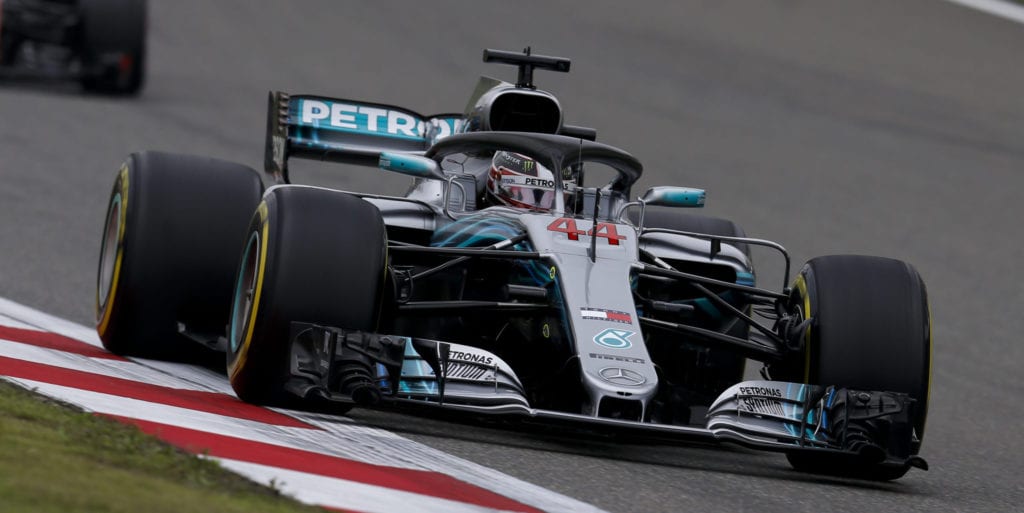