Mercedes Had An Uncharacteristically Bad Opening Day At F1 Testing

We’re used to the World Champions Mercedes rocking up to testing and putting everyone’s hopes to bed with their flawless running.

But today in Bahrain they got tongues wagging after they hit a lot of issues.

Valtteri Bottas only did six laps in the morning session because of a gearbox issue and he ended the day last on the timing sheets in 17th with a 1.36.50 (yes, yes, we can’t read into testing times, but it still isn’t great).

Lewis Hamilton’s time wasn’t much to write home about either, he at least managed 42 laps but his 1.32.912 only placed him 10th.

Nearly all of the morning was taken up with the gearbox change and Valtteri only ran a few install laps so the car was ready for Lewis in the afternoon.

What Mercedes needed more than ever was a clean second half of the day to make up for what they missed in the morning, especially with only three days of testing this year.

What they got was a sandstorm.

The track was covered in sand which hugely limited the grip for everyone. They had rooster tails of sand being sprayed as if the track was soaking wet.

The teams seemed to handle the conditions well though and once a few cars had pounded round, the dramatic sand had less impact.

But as others got on top of the variables, for Mercedes, the problems were only just beginning.

Lewis was on track trying to complete the testing programmes the team needed to speed through but whenever he put the power down the back end of the car just swung round.

Every lap became a masterclass from Lewis in keeping the car in a straight line which is not at all great for data or lap times. Even if it did look sweet during the slow-mo replays.

Later on, as the night running came, the balance was still nowhere to be seen for Mercedes.

There were lock-ups a plenty which would send the car off track and into the sand, ruining Lewis’ tyres and the next few laps as he tried to get the car back up to temperature.

A big lock-up for Hamilton as the session comes to a close 👀#F1 #F1Testing pic.twitter.com/a5pK9kNlOo

The car never looked as good as their rivals did with fast laps set late on even with the shoddy track.

Max Verstappen was fastest at the end of the day, setting a 1.30.674 to be two tenths ahead of McLaren’s Lando Norris. Esteban Ocon was further back in third for Alpine.

In the end, Max was 2.238 seconds ahead of Lewis and did a total of 139 laps meaning Red Bull was a whole 91 laps up on Mercedes at the end of the day.

That’s one third of testing done and alarm bells must be going off in the team.  They had a few reliability issues in testing last year and have tried to sort that with changes to the power unit this year.

They’ll probably be fine and dandy for the race in two weeks but they don’t have much time to get on top of the car and it will definitely be all hands on deck as testing continues over the weekend.

Do you think Mercedes have anything to be worried about or will they still end up easily taking both titles? Let us know in the comments. 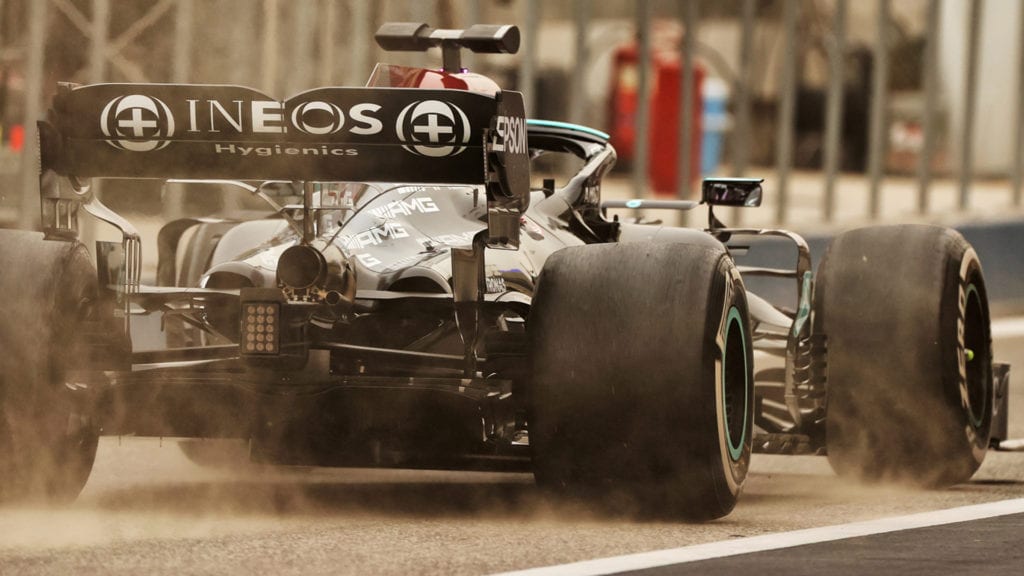