Mercedes’ late decision to turn the W11 black has not only resulted in a livery that looks utterly incredible, but was done for a much more worthy reason than aesthetics – as a symbol of the brand’s stance against racism and inequality. The livery itself is a public pledge for Mercedes to improve the diversity of its team, and a commitment to positive action to “attract talents from the broadest possible pool”, as well as finding ways to encourage people from under-represented STEM fields to pursue careers in motorsport.

Mercedes is expanding that message across to its Formula E team and has changed the livery of its cars to follow suit – for the last six races of this year, they’ll also be black.

It’s a less drastic change than it was for F1 as the Formula E livery already featured quite a lot of black in its design, but it’s no less attractive.

Formula E’s interrupted season has been on the back-burner for quite some time due to the pandemic and it’s street circuit-filled calendar has made it more of a challenge to get things back underway. The resumption of the 2019-20 season is almost here, though, with six races set to take place across nine days on three different layouts of the Berlin Tempelhof circuit between 5 and 13 August.

Mercedes is having a strong first Formula E season with drivers Stoffel Vandoorne and Nyck de Vries – Vandoorne already has two podiums and the team is fifth in the team’s championship. With so many races in such a short space of time, the championship is still well up for grabs, too. Vandoorne is only 29 points behind championship leader Antonio Felix da Costa with 180 points still to play for. 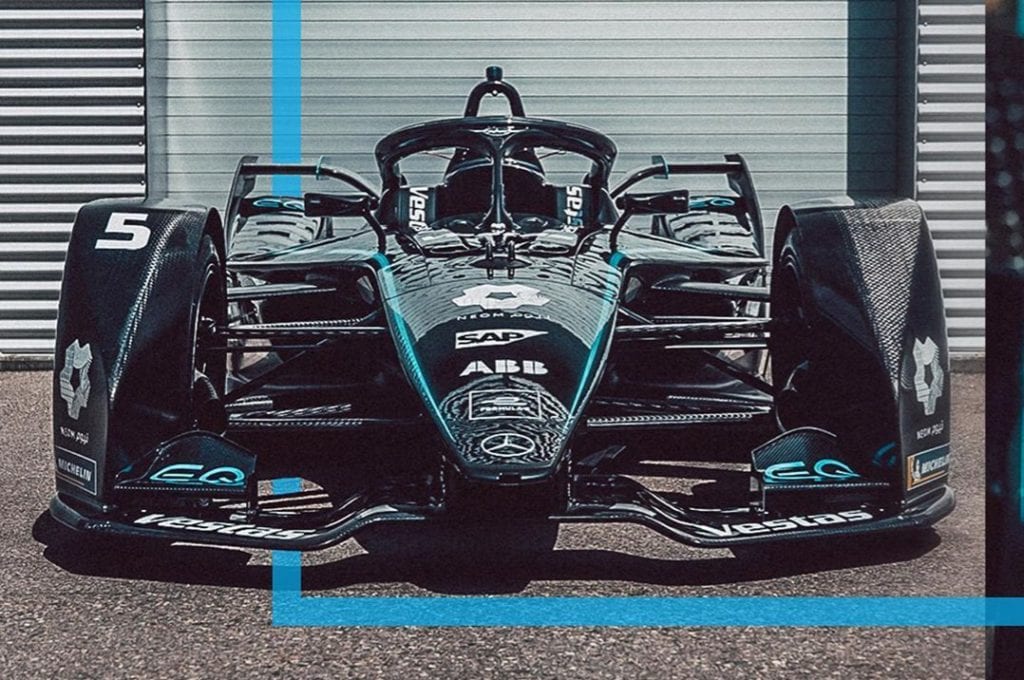