Mercedes Has Launched A ‘Teaser’ Livery For Its Formula E Team

For Formula E’s sixth season (that’s the one that begins at the end of 2019 and runs into 2020) Porsche and Mercedes will enter the sport as full-on manufacturer outfits. While Porsche is joining as an entirely new team, Mercedes will take over the HWA outfit which has debuted this year (although HWA will continue to run the team in much the same way as BMW and Andretti, and Audi and Abt).

Though the first race isn’t until December, Mercedes is beginning to ramp up its programme. The team made its first public appearance at the Geneva Motor Show with a Gen2 Formula E car decked out in this special livery:

Yup, it’s pretty basic, but it’s easy to see the influence in the Mercedes F1 team with the neon swooshes and patterned Mercedes logos at the rear.

Before you groan at the prospect of another black and blue car on the Formula E grid, the team says this is just a preview livery – we’re guessing things will change when the actual race livery is revealed. And given the fact that it’s Mercedes and that the car is called the ‘Silver Arrow 01’, it’s probably not a stretch to suggest that the dark bits will become silver to mirror the look of the F1 team (which is also set to help with the Formula E effort).

Toto Wolff – who’s the head of all of Mercedes’ motorsport efforts, not just the F1 team – said that revealing this livery marks the “official” beginning of Formula E preparations:

“The countdown to our entry into Formula E has now officially begun. Our team has obviously been working behind the scenes on this project for quite a while now, but when you see the car in our teaser livery for the first time, you know that the project has entered a serious phase.”

“Formula E is going to be a completely new playing field for us. But we are looking forward to the challenge of demonstrating the performance of our intelligent battery-electric drives in motorsport and of giving a positive boost to the EQ brand.”

Will the team be competitive from the outset or will it take some time? It’s hard to see Mercedes losing but then again, Formula E is a completely different beast to Formula 1… 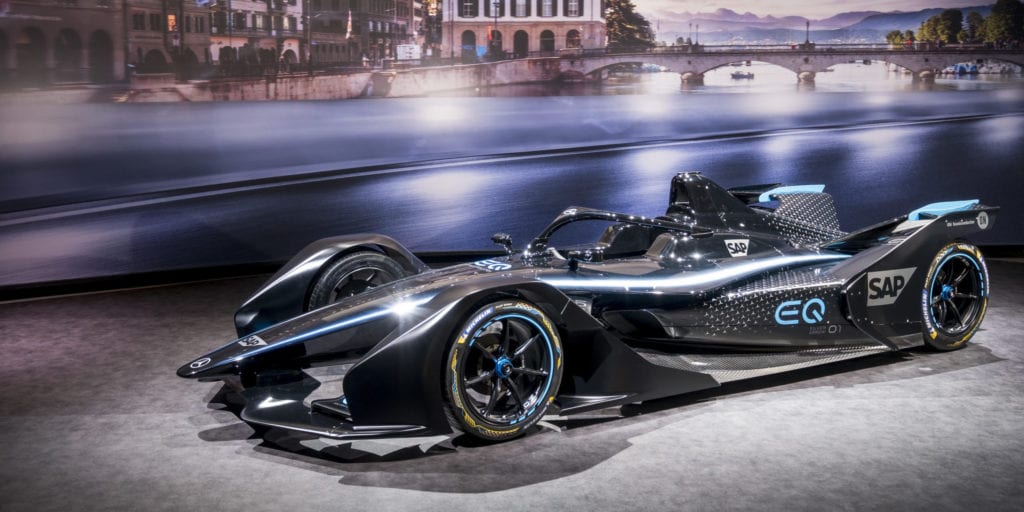