Mercedes Has Retained Bottas For 2021

Following some speculation over whether or not Mercedes might look to introduce some fresh blood into its driver line-up, the team has opted for stability once again, continuing with Bottas for a fifth season into 2021.

It makes perfect sense – Bottas convincingly won the first race of the season and has looked up for the fight with Lewis Hamiton this season. Just as importantly, they work very well together as a team, with no signs of the bitter rivalry between the drivers that occasionally had a negative impact when Nico Rosberg was with the team.

Toto Wolff said of the decision to keep Bottas for another year:

“We are very excited that Valtteri will stay with the team for at least one more season. We’re seeing the strongest Valtteri we’ve ever seen this year – in terms of his on-track performance, but also physically and mentally. He is second in the championship, finished the last season in P2 and plays a very important part in our overall team performance.

“I’m confident that we have the strongest driver pairing in F1 today and signing Valtteri is an important first step in retaining this strength for the future.

“Valtteri is a hard-working, straightforward guy who has a good relationship with the entire team – including his team-mate, which is not a given when both drivers are fighting for the championship.

“I’m looking forward to seeing him continue to raise the bar together with us this year and in 2021.”

Hamilton has yet to be officially confirmed, but both parties have repeatedly expressed a desire for things to stay the way they are and an announcement confirming that shouldn’t be too far away. 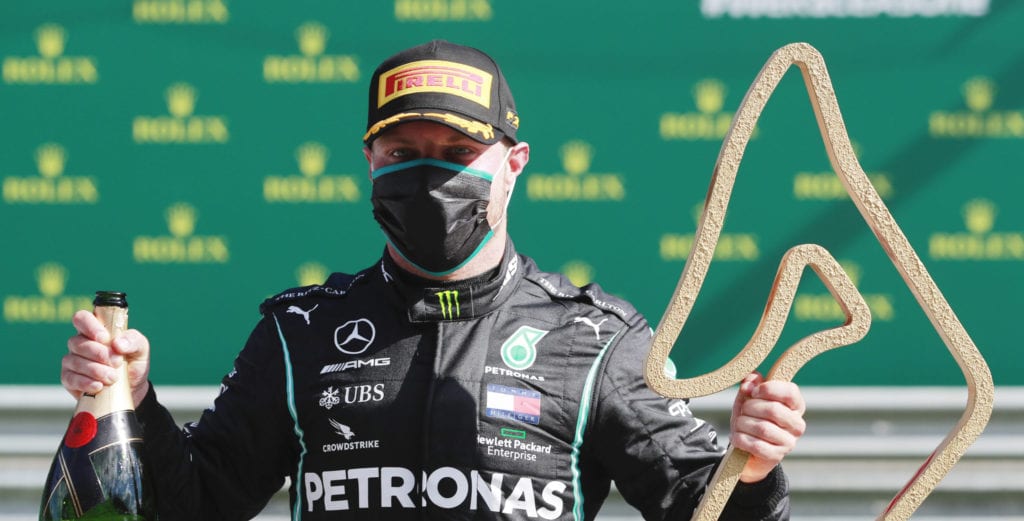