Mercedes Has Won ‘Team Of The Year’ At The Laureus World Sports Awards – WTF1
Skip to content
×
Formula 1 , News

The 2018 Laureus World Sports Awards took place in Monaco earlier this week, which hands out accolades to those who achieved great things in sport in 2017. And, out of all the teams in all the sports in all the world, apparently the Mercedes F1 team was the best. Toto Wolff was on hand to collect the award on behalf of his 1,500 colleagues.

Although the 2017 titles were probably the team’s hardest fought, the combination of getting a handle on the “diva” W08 and eventually overcoming the threat of Ferrari makes Mercedes a worthy winner of ‘Team of the Year’. Not having a couple of drivers who scrapped the concept of team spirit by crashing into and brutally throwing caps at each other probably helped, too.

The last time an F1 team got the award was back in 2010, when Brawn GP (Mercedes’ forerunner) won, with Renault in 2006 being the only other time.

Although Lewis Hamilton also took his fourth championship, he missed out on winning ‘Sportsman of the Year’ to Roger Federer. The last F1 driver to win in that category was Sebastian Vettel (in 2014) whilst Michael Schumacher has won it twice. That’s another record for Hamilton to try and beat, then… 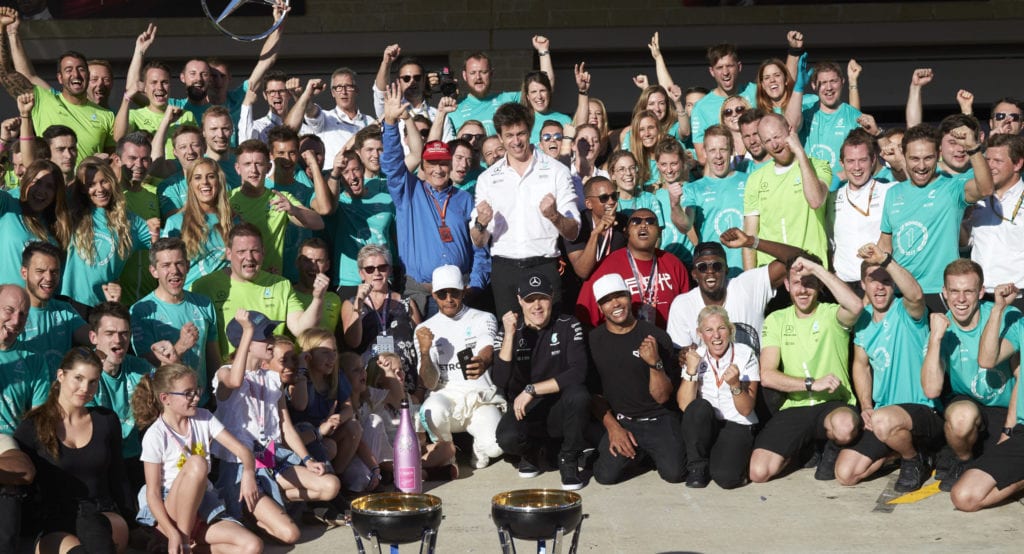