The term ‘Mercedes dominance’ might be thought of when discussing F1, but could the same now happen to Formula E? It’s quite the possibility.

Having only ventured into the all-electric championship last season, the German manufacturer has now won its second Formula E race in a row thanks to an outstanding performance from 2019 F2 champion Nyck de Vries. The victory marks the second consecutive race win for Mercedes, after Stoffel Vandoorne secured first place at the final Berlin race at the end of last season.

After leading every session from FP1 on Friday morning, de Vries demonstrated what an almighty talent he was and the force of the Mercedes powertrain in the back of the car. Leading from pole, he cruised to victory whilst the rest of the field descended to mayhem.

Elsewhere in the race, we had two Safety Cars deployed in typical Formula E fashion. The first was for a crash between Jaguar’s new signing Sam Bird and his ex-teammate Alex Lynn of Mahindra.

The other was for two-time race winner Maximilian Guenther, who slammed his BMW straight into the wall with just under 15 minutes of the race left to go. Whoops.

One highlight from the race was Edoardo Mortara’s absolutely insane overtake, which is already a strong contender for motorsport’s overtake of the year*.

*No idea if that’s actually a thing or not, but you get the idea.

Mortara’s Venturi passed two cars in one of the craziest and probably luckiest overtakes we’ve seen in a long time.

“When I have to make these moves, my heart stops. I had Wehrlein in front, just moving at the last minute. I was surprised with his move, so I had to go on his left and managed to outbreak both of them.”

Touche. Excellent work from the man they call “Mr Macau” for his impeccable driving around the iconic street circuit.

This was also the first night race for Formula E. There was a moment of panic right before the race when all the floodlights went out, but it thankfully turned out to be a planned display from Formula E and not someone forgetting to put money in the meter.

The best news of it all? Formula E returns for another race tomorrow! 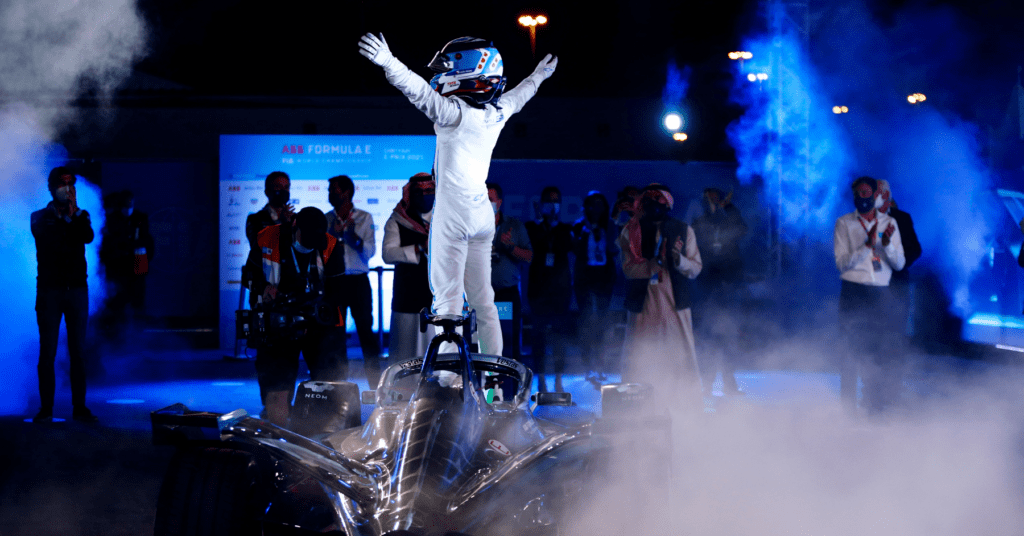