Mercedes Have Posted A Teaser Of How Their 2021 Livery Will Look – WTF1
Skip to content
×
Design , Formula 1 , Livery Designs
1 comment

With Mercedes scheduling in their car launch for March 2, we were super surprised to see the reigning Constructors’ champions essentially leaking their own livery design on social media.

The beautiful and sleek design looks to keep the black livery they introduced last year to support the Black Lives Matter campaign, but it fades into the traditional silver we’re used to seeing on the Mercedes.

A splash of red will appear on the car’s airbox for new sponsor INEOS, who have recently bought a 33% stake in the team, but overall it looks pretty good!

“We made [the car] black last year. That was exceptional,” Team Boss Toto Wolff said in a video posted to the official Mercedes Instagram. “In a way, we created a new era of success for the Silver Arrows.”

Although you might wonder why Mercedes have revealed this so early, Gorden Wagener, Chief Designer at Mercedes, reassured fans that they “are not showing everything”.

“One very crucial part is not shown yet, so you need to stay tuned for the reveal,” Wagener continued. 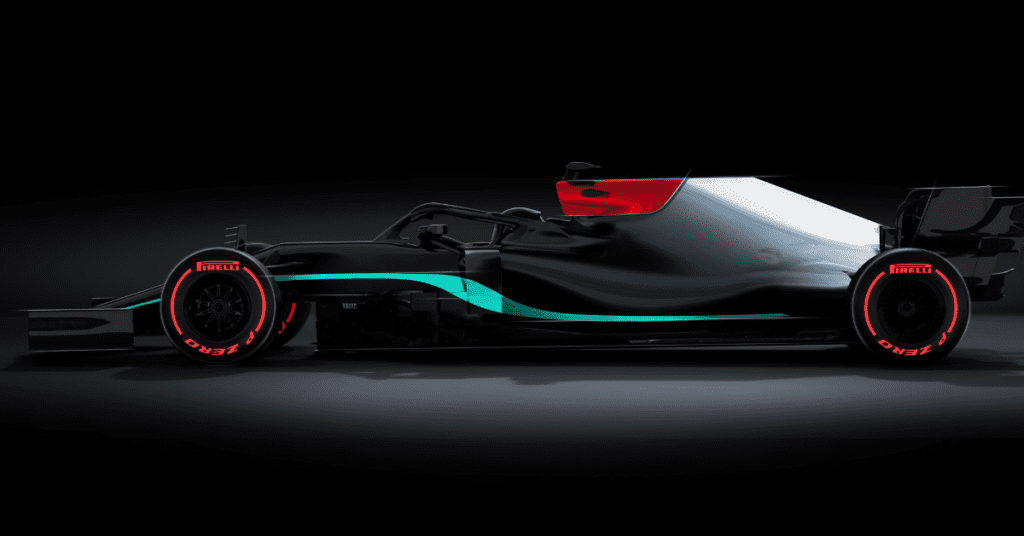