Mercedes Is Confident That Hamilton’s Car Will Be Ready For Qualifying – WTF1
Skip to content
×
Formula 1 , News

Hamilton lost the car under braking for the Fagnes chicane midway through the early afternoon session, just two and a half hours before the start of Qualifying 1. The world champion walked away from the accident unhurt, but suffered major damage to the front of the car. Fortuitously, it seems that the rear left corner is fine despite a small touch with the barriers as the car jerked upwards and forwards upon initial impact.

On Twitter, the reigning Constructors’ champion confirmed that it will be changing the front end of the car, as well as the barge boards and floor assemblies.

UPDATE: We will be replacing both front corners (suspension and wheel assemblies), nose, barge boards and floor on Lewis’ car 🛠

Barring any unexpected surprises, we believe we can complete all of the work in time for the start of #BelgianGP qualifying! 👊 pic.twitter.com/3Vx4EP9bob

Final practice at Spa added to a challenging start to the Belgian GP weekend for Mercedes, with Ferrari and Charles Leclerc sitting pretty at the top of the timesheets. Valtteri Bottas was third fastest, but almost half-a-second behind the lead Ferrari, while Hamilton fell to seventh after the final set of timed runs at the resumption of the session.

The good news is for Mercedes, no monocoque change appears to be necessary – so Hamilton should not face the uphill struggle of starting from the pitlane. 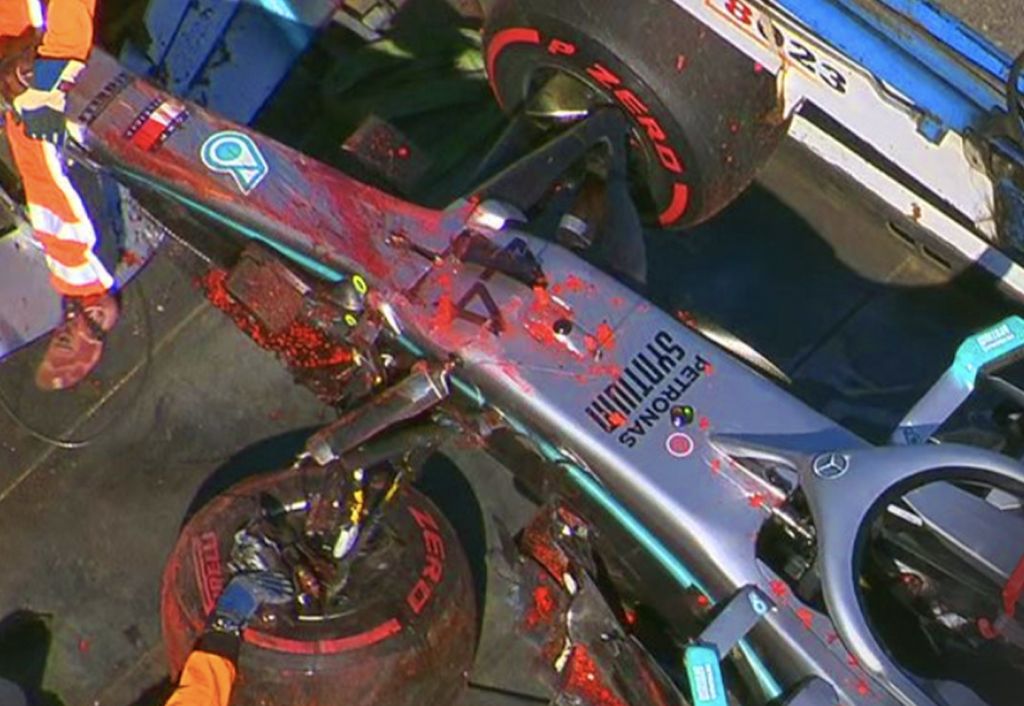