Mercedes Is Testing With Rear Wing Lights In Barcelona

Lewis Hamilton has been running for the world champions on the first day of the first official in-season test of 2018 with a strip of red LED lights on each rear wing endplate at the request of the FIA.

The lights have been posed as a solution to improve visibility in heavy rain and spray conditions and could still be approved for the 2019 season if the test proves to be successful. However, with sunshine and blue skies greeting the teams today, it would seem that the test will only serve for functionality findings.

We’re testing a new system for @F1 this morning 🚨

Rear wing lights have been used for years in Le Mans prototypes, however this marks the first occasion that the system has been trialled on a single-seater.

The 2019 technical regulations deadline has passed, so the feature will only get the green light (banter) if unanimously passed by the necessary parties. This has been done before, the controversial halo appendage was accepted for 2018 in late July last year.

Chris Beatty, the mind behind the Velocity concept that paved the way for this year’s IndyCar design, said on Twitter today that he put forward the notion of having the lights display different flags for drivers, alongside the marshals and the digital markers on the side of the track and on the steering wheel.

When the idea you had 2 years ago and presented to @F1/ FOM a year ago suddenly appears on an #F1 car… 🤔 #F1Testing https://t.co/prPD4xgNi8 pic.twitter.com/iaS6SuHN2I

An unnecessary addition or a welcome advancement? Have your say in the comments. 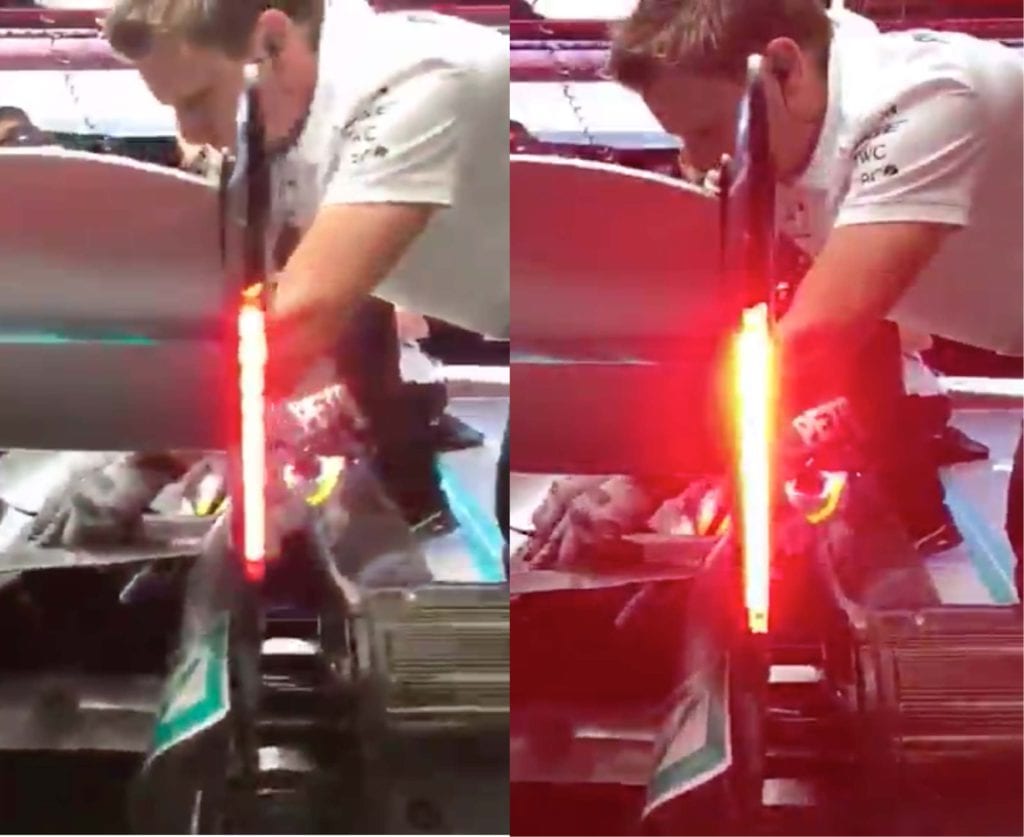