Mercedes Looks To Have Removed The Sandbags In Free Practice – WTF1
Skip to content
×
Formula 1 , News

Mercedes Looks To Have Removed The Sandbags In Free Practice

Of course, free practice isn’t a definitive indicator of pace, but it’s much more telling than any times set during testing. And in testing, Mercedes didn’t really look especially strong, with Ferrari appearing to be way out in front and some even suggesting that Red Bull might have a stronger package than the Silver Arrows.

It’s the same every year, though – Mercedes sandbags in testing, Toto Wolff and the drivers big up their rivals, and then they turn up to Melbourne and blow everyone away. Early signs from this weekend suggest that’s what’s happening again – Lewis Hamilton was fastest in both sessions, with the gap to the nearest non-Mercedes (which was actually Max Verstappen) some eight-tenths of a second in FP2.

After the sessions, Vettel joked with media that Mercedes’ claims of being behind were “bullshit” and that he didn’t understand why they were playing down their own chances so much. Quoted by Autosport, he added:

“It was a bit of a surprise. I thought they looked really quick. And I don’t know if it was just us struggling a bit today, or also others, but as a matter of fact I think they were in a league of their own. Maybe everyone else was struggling and then we can turn it around, but yeah, they look certainly very strong and much stronger than they claimed before the weekend.”

Vettel also said that he was struggling with the car and that it wasn’t giving him the same levels of confidence that he had during testing – in FP2 he was only fifth, behind both Mercedes’ and both Red Bulls.

That leads to another question. Mercedes appears to have thrown its sandbags out, yes – but perhaps they’ve landed on the Ferrari? Albert Park is a very different circuit to Barcelona but it’s hard to believe that a team which everybody believed to have an advantage has slipped so far behind.

On top of that, Friday practice pace has never been something Ferrari likes to flaunt in recent times. On many occasions last season the team appeared to be struggling, only to have turned things around by Saturday and be right in the mix (the problem was that by Sunday, Vettel liked to turn things around again – literally – but that’s another story).

By qualifying, all the sandbags will be left at the back of the garages and we’ll get a truer picture of the real pecking order because at the moment, who knows whether it’s Mercedes or Ferrari. Hopefully, they turn out to be relatively evenly matched. The real question is where Red Bull – with its new Honda power units and qualifying party mode – will slot into the equation. 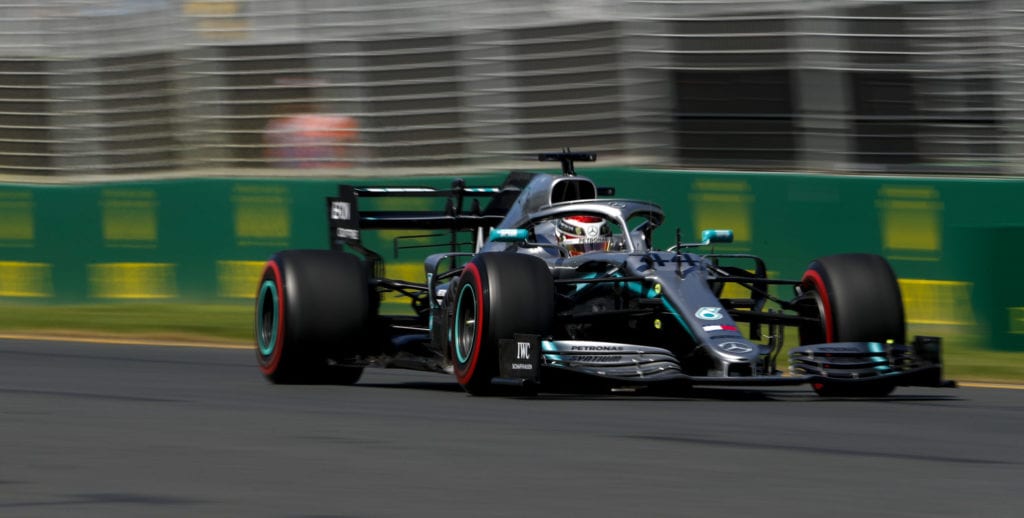