We have always wondered what it would be like to see Hamilton and Verstappen in the same machinery, and Mercedes have made an offer to Max to test exactly that.

After discussing the possibility of swapping cars in a press conference this weekend, Mercedes have gone one step further and told Max to “just give us a call if you want to test a Mercedes.”

Could this be the start of the Mercedes masterplan to get Verstappen driving for the team once Hamilton retires? Someone should probably check if Christian Horner is alright.

The comments have come about after Hamilton and Verstappen were asked if the pace of the Mercedes and Red Bull cars were closer in race pace, after recent changes in the regulations.

“I guess we’ll only find out if we swap cars once, both drivers, and then we can compare but I don’t know,” Verstappen said in the post-qualifying press conference.

Hamilton was quick to interject, asking Max “what do we need to swap for?”

“We swap cars,” Max replied. “You go into mine, I go into yours then we know the comparison.”

Hamilton wasn’t sure though, asking further why Max was so desperate to swap cars.

“Of the difference between the cars if they actually have become faster in the race compared to qualifying. I don’t know. Maybe we can do like a private test day or something,” Verstappen answered.

After the official F1 account posted about it on their Instagram, Mercedes were quick to offer Max a test drive and all he had to do was give them a call.

“Then I hit the throttle, in a different model.” 🎵 pic.twitter.com/syvcpqHDNf

Who else would love to see this happen? Let us know in the comments below. 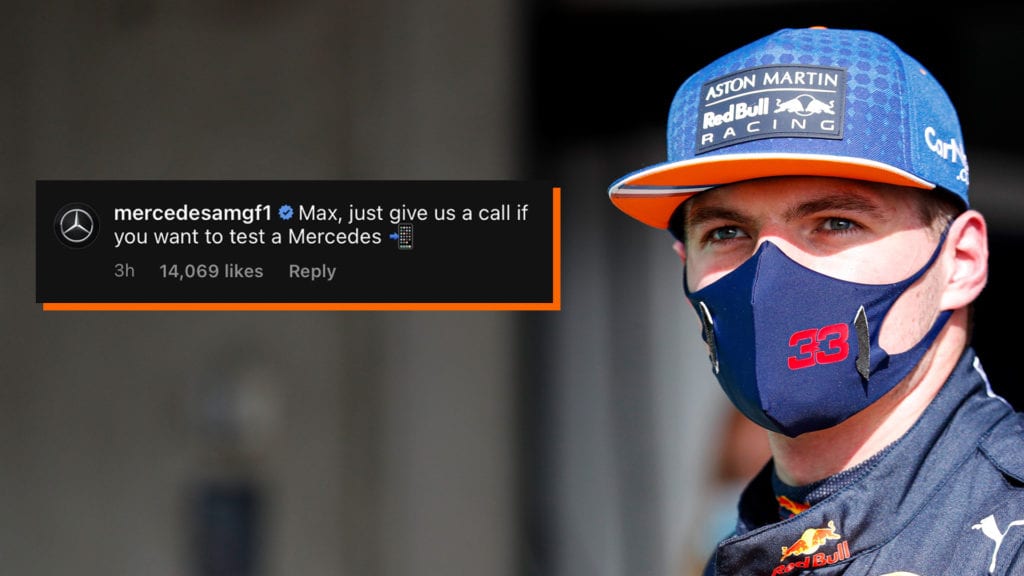