Mercedes’ ‘Practice Start’ At The End Of Qualifying Was Actually A Ploy To Trick Vettel – WTF1
Skip to content
×
Formula 1 , News

When Valtteri Bottas and Lewis Hamilton stopped at the end of the pit lane as they were heading out for their final Q3 runs and dropped behind all the other cars, it looked like they were simply doing practice starts. And when both drivers had mediocre first sectors compared to Vettel, it looked like compromising their outlaps and dropping into traffic had been a terrible mistake.

However, come the end of the lap both Mercedes’ had picked up pace while Vettel, who was at the front of the pack of cars, had somewhat lost his advantage and could only end up third. With the slipstream on Baku’s long straights being so important, Vettel suspected he’d been had over, asking Hamilton about it after the race:

Vettel to Merc drivers: "Did you do a dummy start or did you just stop?"
Hamilton. "What? we just dummied you." Track position is what it was all about in the end of Baku qualifying.

With Baku being mostly long straights and slow corners, the dirty air effect is lessened compared to the boost you can get from a good slipstream – even from a car that’s a second or two up the road. Vettel himself reckoned a good tow can be worth half a second a lap in ideal circumstances. He ended up three tenths away from pole, so if he’d had another car to follow for some parts of the lap it might have been enough to make up the difference.

Positioning yourself to get a good slipstream doesn’t always work out, though. Kimi Raikkonen tried to follow Lewis Hamilton around in order to get one but lost too much time up behind him in the early part of the lap to feel a net benefit when he got to the final sector, ending up six-tenths slower than his teammate.

Mercedes already had the position advantage over Vettel going into the final runs so, with Verstappen not running again, it made more sense to try and prevent the Ferrari driver from getting an advantage rather than doing everything possible for them to get the ideal laps. It worked a treat, and clever tactics like that are just one of the many reasons why Mercedes has done so well over the years.

It won’t work in the race, though, and depending on how the first lap turns out, it wouldn’t be surprising to see Vettel getting a rather healthy speed boost as they race down Baku’s long home stretch for the first time. 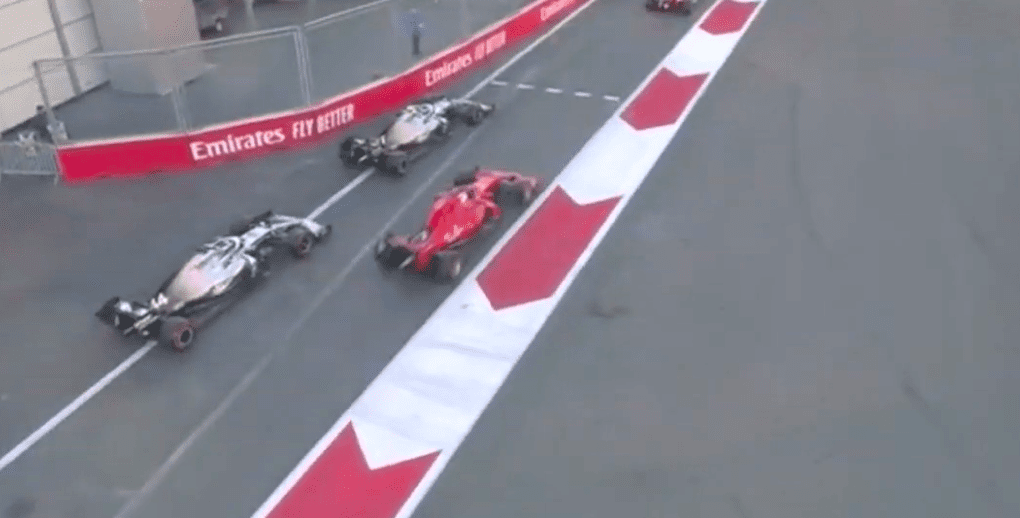