Mercedes have been teasing us when it comes to revealing their new 2021 livery. From sharing videos on their social media to Valtteri Bottas literally taking a selfie with the car just hours before the launch, we’ve been able to get a good idea of how the car will look.

However, before their official launch that will be broadcast internationally, Mercedes have shown the first snaps of their 2021 W12 challenger.

The notable difference between this livery and those that have come before it is the gradient design from black to silver and the introduction of a million AMG stickers on the engine cover. Okay, so it might not be a million, but there are a lot. Like a whole lot.

INEOS, a chemicals company that bought a 33% stake in the company over the winter break, is proudly displayed on the car’s red airbox. The PETRONAS green is also still visible as a swoosh along the side of the car, as well as being on the front and rear wing.

Some fans love the new look, with others enjoying the simplicity of previous years.

Behind the scenes video of the Mercedes W12 livery being created: pic.twitter.com/fnslnLFtJ3 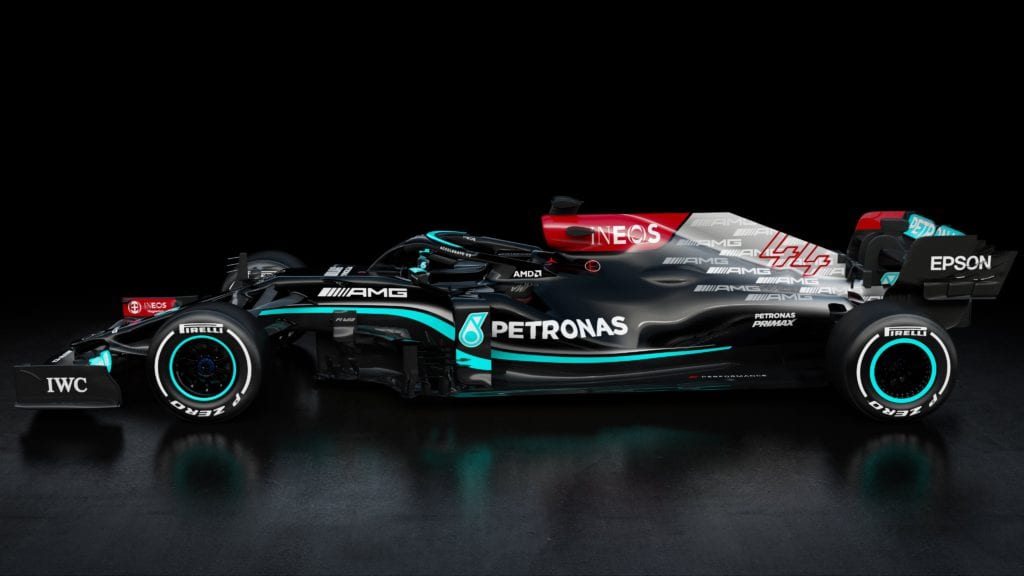