Mercedes Says It Was “Plain Dumb” To Pit Hamilton Under The Safety Car – WTF1
Skip to content
×
Formula 1 , News

Hamilton had a decent chance to record his 11th win of the 2019 season, and a win that would have been bordering on the unexpected side for Mercedes given the supremacy shown by eventual winners Red Bull and Max Verstappen.

The world champion came into the pits for a third time on lap 66 of 71, behind the Safety Car that was triggered by Ferrari’s intra-team implosion at the end of Sector 1. Mercedes failed to show 100 per cent conviction in its decision to bring Hamilton in, with stand-in team boss James Allison saying that Hamilton was given the choice to change strategy. But, there was a bigger issue than that. Hamilton was incorrectly told that he would only lose one place to Alex Albon and have fresher tyres to attack both Red Bulls for the win in the remaining laps.

However, the Safety Car only allowed two more laps of racing action and the stop dropped Hamilton behind Albon and the stealthy Toro Rosso of Pierre Gasly, who had consistently run well inside the top 10 through the race. What happened after Bernd Maylander pulled back into the pits is well documented; Hamilton passes Gasly, hits Albon in the infield section, loses a tense last lap horsepower race with Gasly, ends up seventh after a post-race penalty and makes a humble apology to the Thai driver.

Reflecting back on a testing race to Autosport, Allison placed no blame on Hamilton and said that Mercedes realised its error immediately.

“Having not had the shiniest of races to that point, we then just did something plain dumb, which was we thought we were exchanging a place for fresh rubber with enough laps left to get that place back properly and then have a go for the lead. That was just factually incorrect because we were exchanging two places – we hadn’t factored Gasly – and secondly with the amount of debris on the track, there was just a lot more laps taken up by the safety car than we’d anticipated.

“And that was just your rookie error of a not quite quick enough car on the day and trying to stretch too far for victory. This was entirely our fault, because we saw what we thought was a fleeting opportunity. We thought, ‘well, let’s let’s give Lewis a chance to give his view’, which we shouldn’t have done because we didn’t give him the right information. From the moment that we made the call it was like a heart sink moment after he emerged from the box behind Gasly and then we just were thinking ‘why did we do that?’”

Valtteri Bottas’s power unit failure, caused by high oil consumption, initially started the late drama on lap 52 and ensured that Mercedes came away from a grand prix weekend with single points for just the fourth time in the last 100 races. That’s twice in ‘19 alone; its white-knuckle grip on Formula 1 must be weakening…

Mercedes struggled for pure pace again at altitude, with the straight-line speed deficit to Ferrari previously seen this season returning and Gasly’s Honda-powered Toro Rosso outdragging Hamilton to the line on the final lap in the ultimately futile battle for second.

Hamilton also had no battery power to defend from Verstappen after the first round of stops, with all the Mercedes’ energy going into passing the medium tyre-shod Charles Leclerc. And, while it is possible that you could laugh it off as a normal moan, Hamilton did ask for more power at a few points over the race.

“We could see that Verstappen was quick. So we pulled the trigger for an undercut the first stint, just theoretically within undercut range. Lewis had to thrash out a fast lap to make that work. We got lucky with the release of the Williams into Max’s path, and we’re then in front and we’re thinking at that point they probably haven’t got the pace to actually breeze past us just as we didn’t pass them.

“But we actually used most of our energy in the battery, making the undercut work and by the time we went up the hill, we were a sitting duck to Max – who’s had good straight-line speed all weekend. Take our battery away, and you saw what happened.”

It seems as if it was just one of those days for Mercedes at Interlagos. But, with both championship titles wrapped up and very few of the races conducted at above-average altitude, you can assume that it won’t bother the team too much. After all, it has never lost at Abu Dhabi in the modern era. 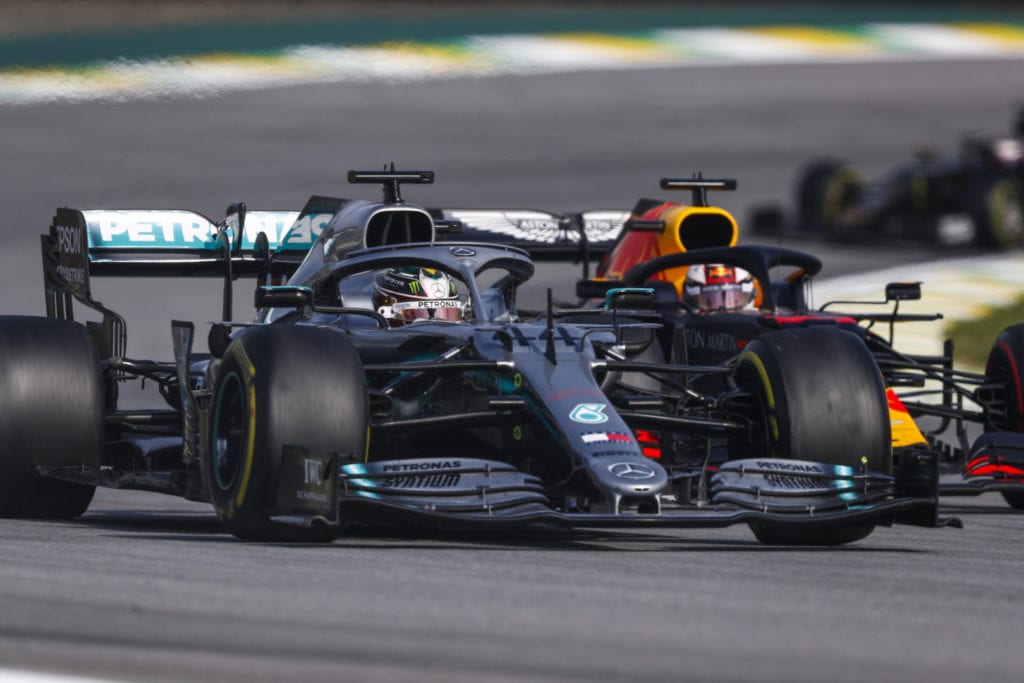