Mercedes’ Test At Silverstone Shows How F1 Might Look When The Season Starts – WTF1
Skip to content
×
Formula 1 , News

F1 testing restrictions mean the teams aren’t allowed to use cars less than two years old for anything other than 100km of promotional filming, so Mercedes has dusted off the 2018-spec W09 for a two-day shakedown at Silverstone so that everyone can remember how to do their job again.

Ferrari will undergo a similar test at Fiorano at the end of the month, while Lando Norris was out on track testing an F3 car last week to try and get some real-world driving feel back after months of sim racing.

As well as letting Valtteri Bottas and Lewis Hamilton (who’ll be behind the wheel on Wednesday) get rid of the cobwebs in their driving, it also allows to the team to get used to ‘the new normal’.

Teams will work slightly differently at races this year as they observe rules put in place to try and help contain the spread of Covid-19. That means plenty of masks and other PPE, as well as maintaining a two-metre social distance when moving around shared areas of the paddock – including things like podium ceremonies and media areas.

All team members will have to have tested negative for the virus before travelling to an event, with regular tests also being carried out upon arrival as well as throughout the race weekends.

Fewer people than usual will also travel to races and people will be required to isolate with their own teams, and not mix with others outside of those environments.

Throw in the lack of fans and it’s going to make for a very unusual viewing experience (especially with all the pre- and post-race stuff), but hey, at least it allows for the sport to get back up and running again.

It's been a long three months… but we're finally BACK ON TRACK!!

Nascar and IndyCar have undertaken similar preventative methods and it seems to have worked, so here’s hoping the F1 season can also be pulled off without a hitch when it starts in Austria on 3-5 July. 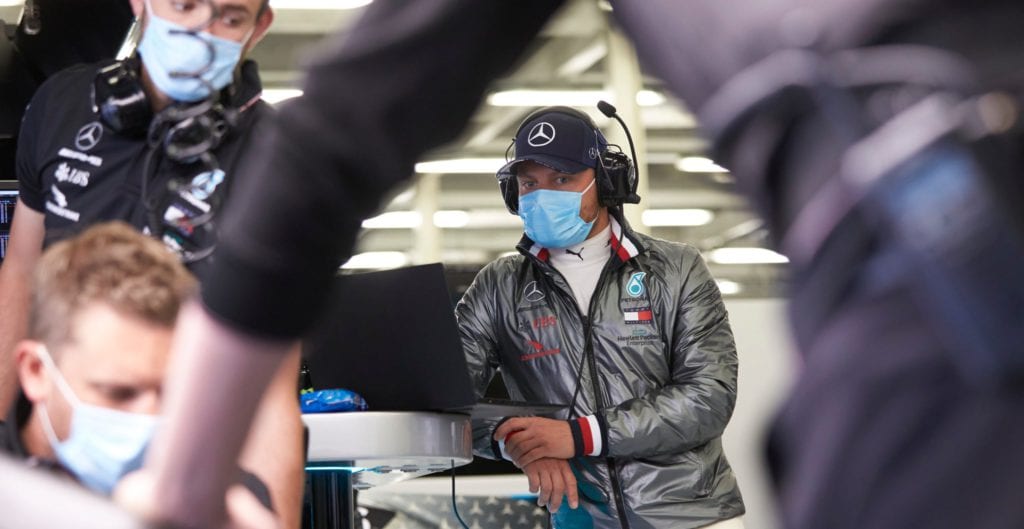