Mercedes Wants To Bring Active Suspension Back To F1

In the 1980s, using active suspension in F1 was kind of like a holy grail of car development as, if it worked properly, it could bring about a huge increase in cornering speeds and therefore performance.

Of course, the difficult bit was actually getting it to work, and it wasn’t until the early 1990s that teams actually started to get a handle on the tech. Williams’ active cars thrashed everyone in 1992 and 1993, after which the systems were banned on cost and safety grounds.

Fast-forward a couple of decades and with technical regulations in F1 becoming ever more restrictive, teams once again turned to trick suspension systems as a potential area of gain.

In 2014, pretty much every team was running a system called FRICS – Front-Rear Inter-Connected Suspension – but it got banned mid-season. Further suspension trickery was banned at the start of 2017, yet by the end of year some teams had found a way to lower the suspension when cornering and give better aero, and guess what? Yep, that too has been banned! In other words, the FIA is desperate to stop teams from being innovative.

Mercedes has been pushing for a return to active suspension tech for a while, though, and is still trying to convince the FIA and other teams (Ferrari is apparently against it) to reintroduce it. A Mercedes engineer told German site Auto Motor und Sport about the possible benefits of bringing back active suspension:

“It’s cheaper because you can develop the system once and then freeze it. It will save a million euros a year and there would be no more grey areas. It would be much easier for the FIA to control, and it would help overtaking because you can programme the system to minimise the impact of the turbulence behind the car.”

Seems like a good thing, right? Teams spend less trying to skirt the regulations (and spending less is a big thing in F1 at the moment) and surely anything that could lead to more overtaking should be jumped on.

Plus, it would mean a return of videos of F1 cars doing really cool stuff like this: 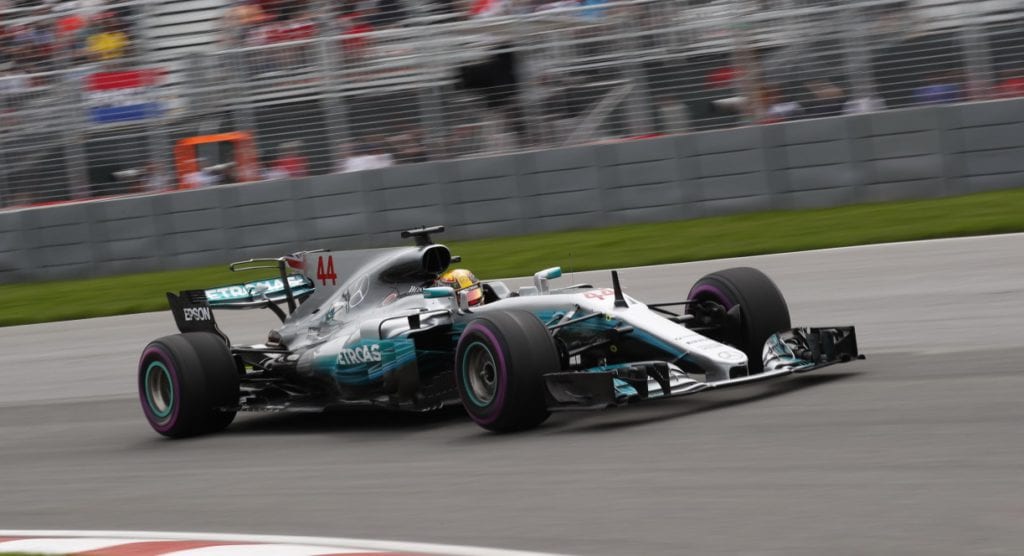