Mercedes Will Run A Special Livery To Say Thank You To Their Team – WTF1
Skip to content
×
Design , Featured

Mercedes are running a special livery over the Abu Dhabi weekend, with thousands of names added to the bodywork of the car to thank the individuals who are responsible for the team’s success in 2020.

“The bodywork is going to be all the names of everybody who has contributed to this years success. Be it in Kuala Lumpur, in Stuttgart, in Turin, in Brackley or Brixworth.”

“It is a year that has been tremendously difficult at times but also rewarding for all of us with this world championship title.

“Furthermore, we will be having seven Petronas green stars on the engine cover to mark the seven consecutive world championships.”

This one’s for you, Team ❤️ A very special #AbuDhabiGP livery honouring the contribution of each and every one of you, as the sun sets on a season like no other ⭐️ #DrivenByEachOther pic.twitter.com/WUmZbvUzsL

Such a classy way of saying thanks to all the men and woman who have made one of the best cars in F1 history, bravo! 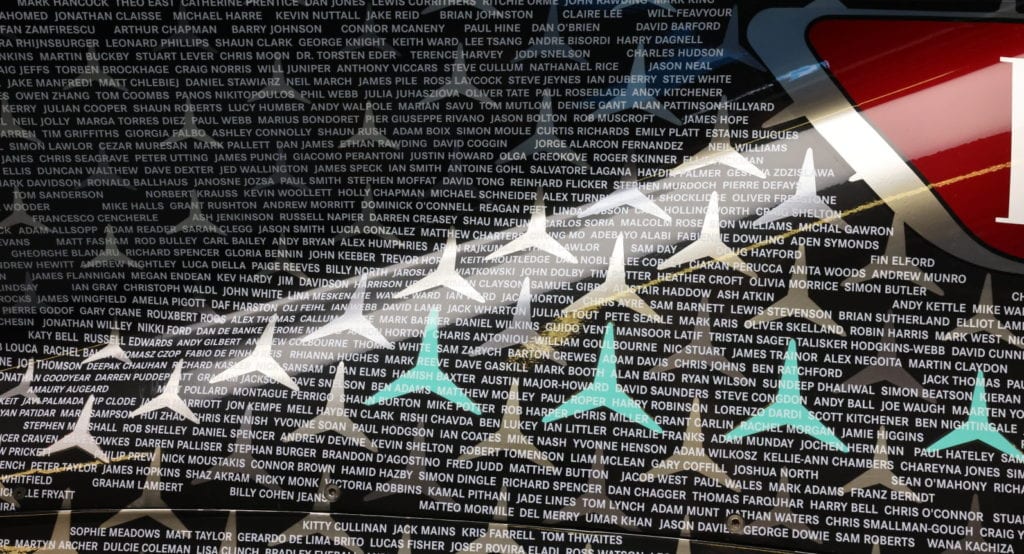