Michael Schumacher’s First-Ever F1 Car Is Up For Sale

The legendary Michael Schumacher made his F1 debut at the Belgian Grand Prix in 1991, and the stunning Jordan 191 he drove that weekend could be yours for only £1.25m! What a bargain.

This incredible piece of F1 history might mean you need to beg for a bit more than usual at the bank of Mum and Dad, but surely they’d understand this is the stuff dreams are made of.

This chassis is the exact one that Michael used on that Spa weekend, number 06! The Jordan 191 is definitely one of the most beautiful F1 cars of all time and will always be remembered because of Michael Schumacher’s stunning F1 debut.

His debut came in some weird circumstances, but he didn’t let that stop him from making a massive mark on the F1 scene.

Michael was called up from sports car racing to F1 because Bertrand Gachot, the driver in the seat for the first half of the season, had been arrested for pepper-spraying a London taxi driver. We’re serious!

Michael immediately outpaced his new teammate, Andrea De Cesaris, and qualified a brilliant 7th. He did a brilliant job for a team that was in its first-ever F1 season and up against 30 drivers.

Unfortunately, in the race, he pulled over on the first lap with a clutch issue. It could’ve been even more phenomenal because his teammate who started much further back was set for a podium before he too broke down.

The much faster Schumacher might have got a podium on his debut!

It was Michael’s only race for Jordan because he impressed so much that Benetton snapped him up for the next race in Monza. That team is where he won his first two championships. So this car’s impact on F1 is just huge.

Most F1 cars that are up for sale are usually called “rolling chassis”, which means that it’s only the car’s bodywork that’s for sale. No equipment to actually run the car is included.

But the Jordan 191 comes with its V8 Ford and was run this year at the Donington racetrack!

If you want to run it yourself, it comes with starting equipment. A Schumacher signed model car and the original race steering wheel framed in a display case to go along with this masterpiece.

If you seriously want to enquire about this, then just follow this link to Speedmaster Cars. 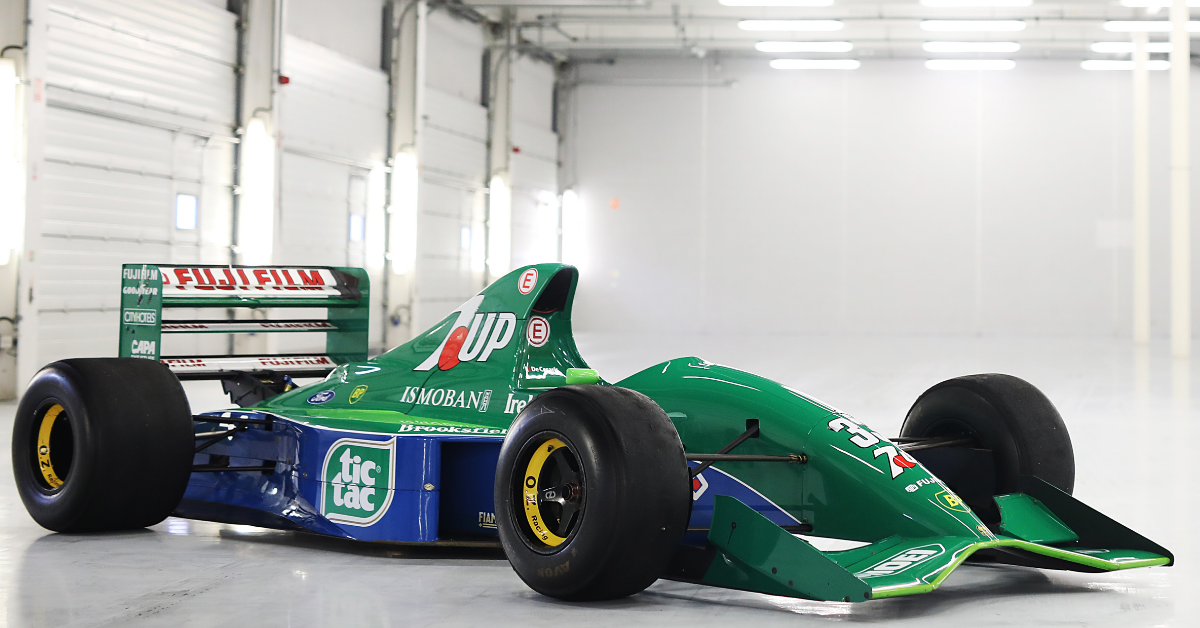