Michelin last supplied tyres in F1 in 2006, after which it withdrew from the sport because of disagreements with the direction of the sport – the whole mess of the 2005 US GP at Indianapolis (the six-car race) didn’t help, either.

It’s remained in other motorsport since then and has expressed interest in coming back to F1. However, Michelin wants to be innovative with its tyres and says that F1 doesn’t seem interested in allowing that to happen.

One idea that F1 has toyed with is introducing lower-profile tyres in order to be more relevant to both road cars and other championships. Michelin is a big fan of the idea, but the sport keeps deciding against taking the risk. Michelin’s motorsport director Pascal Couasnon told Motorsport.com:

“We’ve been talking about 18-inch tyres with Formula 1 for many years, I think since 2010, and we’ve not been able to convince the parties to take that risk.”

F1 likes to be seen to be at the forefront of technology, but Michelin says that other championships are more willing to be innovative with the tyres. In the WEC it’s developed a slick tyre which can be used in the wet, known as the ‘slicktermediate’, and in Formula E has made tyres which can run in all conditions, something the company is enormously proud of.

“Some of these concepts, in WEC introducing slick tyre that works in the rain, was quite crazy but it works. That’s what we love.”

“Maybe we’ll try to introduce this concept [all-weather tyres] to other series. Why not? You need to find other parties to take the risks. Motorsport is a show which means something in terms of technology, you need to find a proper cursor. This was perfect, introducing the first 18-inch tyre on an open-wheel car and testing something that was unknown. It’s worked well and we want to continue.”

It’s a fair point. Aside from the grooved tyre era (which Michelin was a part of) Formula 1 tyres haven’t really changed much at all in decades. Sure, the technology has improved, but the size has stayed roughly the same and three types of tyre (slicks, intermediates, and wets) has been the norm for ages.

It seems like Michelin would be up for returning to the sport if it could be as innovative as it’s allowed to be in other series, but for some reason, tyres are one area where F1 doesn’t seem interested in moving forwards. 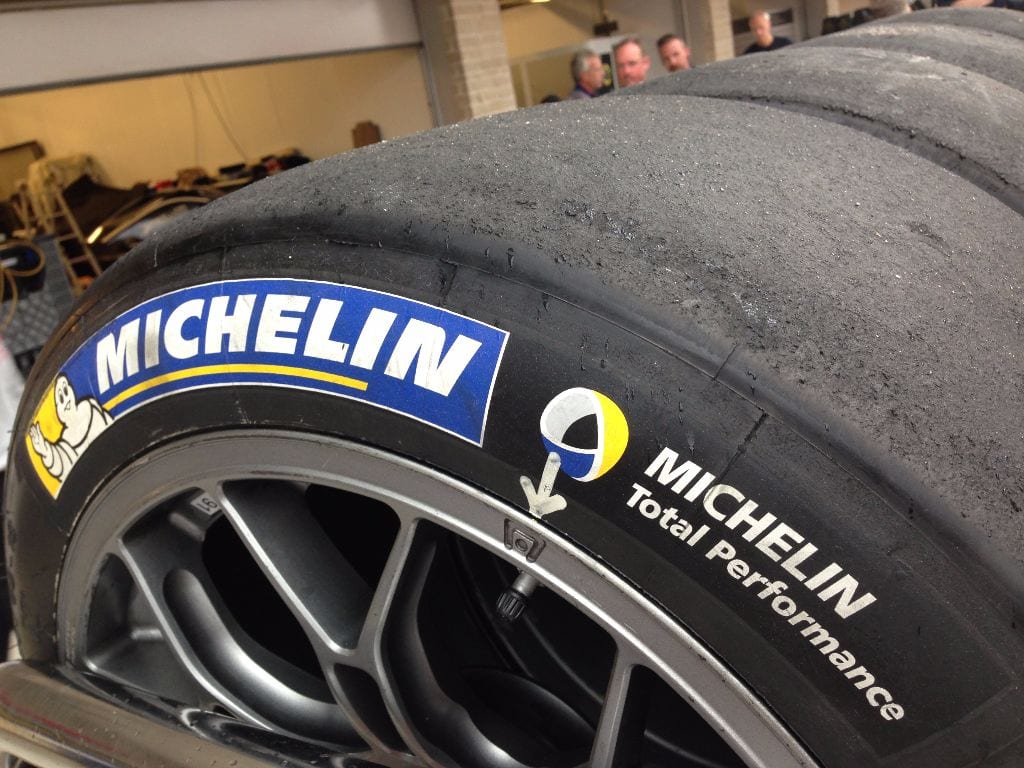