Michael Schumacher scored the first of his seven world titles in 1994, at the wheel of the stunning Ford-powered Benetton B194.

Now, his son Mick – who is racing in European Formula 3 this year – has tried the car out for size, testing it at the Spa-Francorchamps track in Belgium.

He’s set to give the B194 a demo run at this month’s Belgian Grand Prix, an hour before the start of the race. The exhibition drive is to celebrate the 25th anniversary of his father’s first F1 win at the 1992 Belgian GP.

The initial test, to get a feel for the car, reportedly took place last Wednesday and was revealed – with a number of pictures (including the two in the tweet below) by Belgian website DHnet.be on Saturday.

I hear 25 yrs after his Father's maiden win that Mick Schumacher will demo a @schumacher 1994 Benetton at #BelgianGP @SkySportsF1 #SkyF1 👍🏁 pic.twitter.com/UEXGYDzTos

Apparently the B194 is usually on display at the Michael Schumacher Museum but was let loose for the Spa test, to get Mick ready for his Belgian GP demo – in a car that’s five years older than he is!

Mick started karting in 2008 and moved into single-seaters in 2015, and currently drives in the European F3 championship with Prema.

He’s 11th in the standings at the moment with one podium, following his runner-up spots in ADAC Formula 4 and Italian Formula 4 last year. 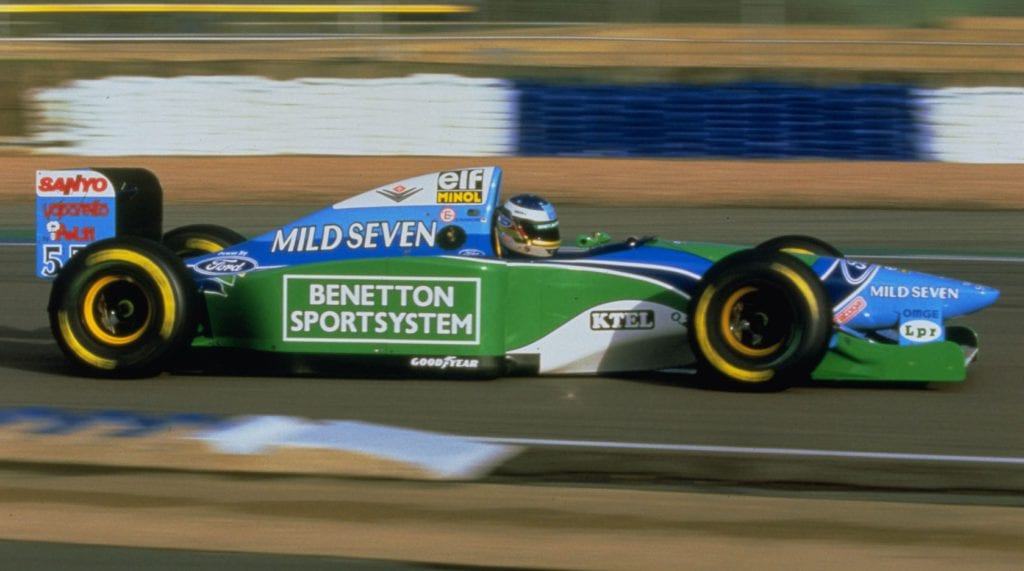