Mick Schumacher Will Race In Formula 2 Next Season

Mick Schumacher was a revelation in European Formula 3 this season. Once he finally claimed his first victory he almost couldn’t stop winning, and came from miles behind in the championship to beat Dan Ticktum to the title with a race to spare.

His performances raised several eyebrows with the main question being what he would do in 2019. Now we’ve got our answer – he’ll mirror the move of last year’s F3 champion, Lando Norris, and move straight up into Formula 2.

Schumacher will race for Prema (the same team he won the F3 title with), which is sure to make him one of the favourites for next year. Pierre Gasly and Charles Leclerc won their F2 titles with Prema and is generally considered to be one of the best teams in the championship. Plus, y’know, Schumacher appears to be really good.

It’s a big step for the 19-year-old as he aims to follow in the footsteps of his father (and Uncle Ralf, too!) and a strong season will no doubt put him on the list of a lot of F1 teams. It won’t be an easy transition though – not only are F2 cars significantly faster than F3 cars but adapting to the unique properties of the Pirelli tyres can be tough for some drivers. Plus, now he’s racing on the F1 package, the spotlight on him is only going to be even bigger… 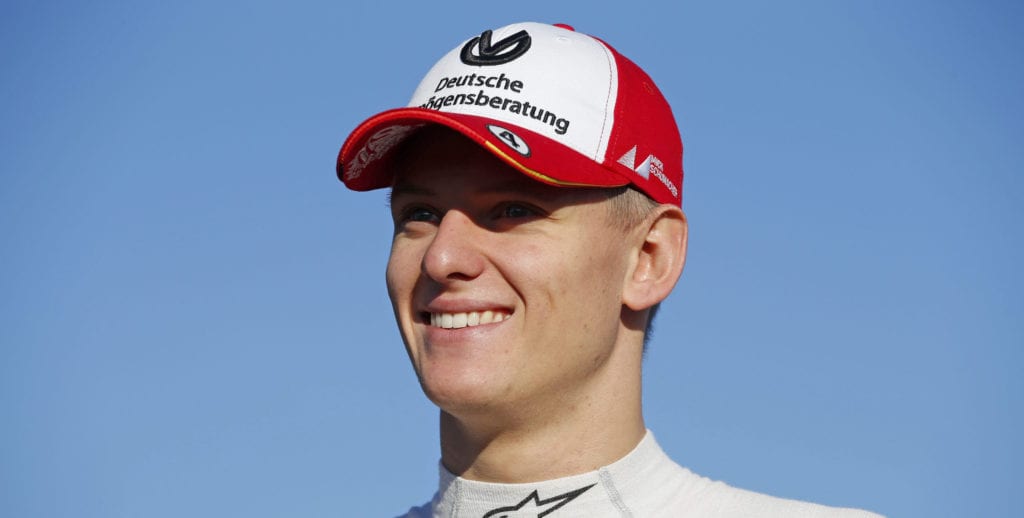