Heading into the 2008 Monaco Grand Prix weekend, McLaren looked to be adrift of a very strong Ferrari team. Hamilton had won the season opener in Melbourne, but Ferrari had responded with 1-2 finishes in Bahrain and Spain. With two other victories in Malaysia and Turkey, Ferrari had set an early statement of dominance.

After a dry qualifying session in Monaco, another Ferrari 1-2 looked to be on the cards with Felipe Massa claiming pole ahead of Kimi Raikkonen with an awesome lap. Lewis Hamilton lined up third in his McLaren.

But the weather changed overnight and early morning showers led to a wet race start. When the lights went out, Massa retained the lead whilst Hamilton daringly crept up the inside of Raikkonen, placing his car on the pit exit and executing a crucial early move.

Spray being kicked up meant that gaps between cars in the first stint were quite big, and a less experienced Lewis Hamilton was caught out trying to keep up with Massa in these tough conditions. On lap six of the race, he made contact with the barriers after going wide at Tabac, his right-rear tyre punctured as a result.

The Brit limped back to the pits and took on a heavy fuel load as well as fresh tyres. The fact he made the error quite late in the lap, coupled with the conservative approach the rest of the field was taking in nightmare conditions meant he only dropped down to fifth.

Had Hamilton not forced a strategy change through his own error, a race win would have been less likely. When the cars ahead pitted for their scheduled stops, Hamilton inherited the lead and retained it for the rest of the race, but not without some last-gasp dramas.

As the track dried, Hamilton was able to build a big enough gap to the chasing pack that he retained the lead after a second stop for more fuel and dry tyres. But a heavy crash at the swimming pool for Nico Rosberg brought out the safety car and bunched the field up again.

By this point, Robert Kubica and Massa (who slipped behind the Pole after a moment at Ste. Devote) were the trailing drivers behind the Brit, and Adrian Sutil had astonished everyone by climbing to fourth from 18th on the grid in the Force India, a team so young it had yet to score any points. Sutil’s personal fastest lap of the race was only the 16th best, highlighting the potency a good strategy and circumstance can have in Monte Carlo.

All of Sutil’s efforts, along with Force India’s dreams of points were ruined by Kimi Raikkonen, who lost the car exiting the tunnel, impressively saving it twice before crashing into the back of the unsuspecting Force India driver. Sutil was out, whilst Raikkonen dropped out of the points.

The conditions meant that the two-hour time limit was going to be met before 78 laps of Monte Carlo and along with the impromptu strategy of McLaren on Hamilton, this would prove to be a blessing (#blessed) – on the final lap after the two-hour klaxon, Hamilton suffered another rear puncture! Had the race been allowed to go the whole distance, the Brit would have more than likely lost his lead – and the win – to Kubica… 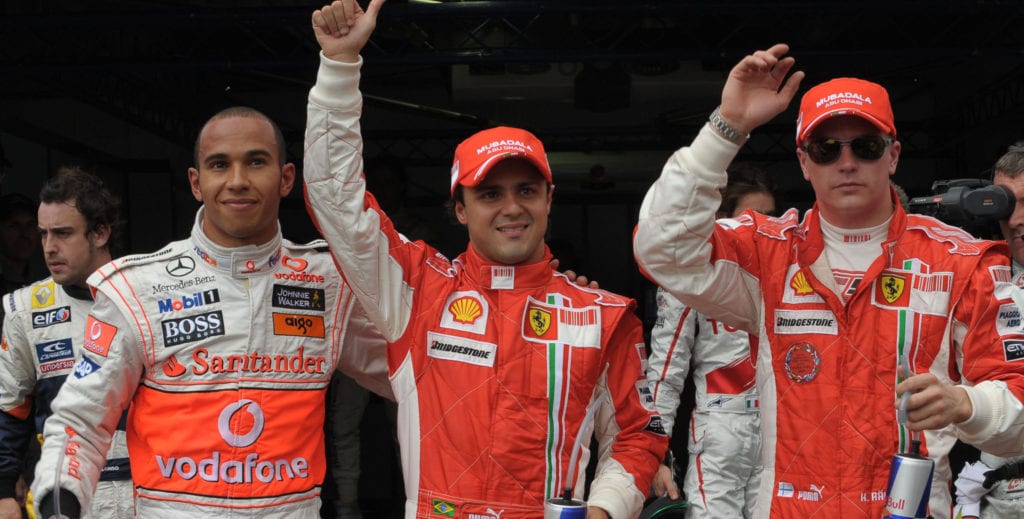