Montoya Has Chosen Chocolate Milk For The Indy 500 This Year

The 105th running of the Indy 500 takes place this weekend at Indianapolis Motor Speedway, and former winner Juan Pablo Montoya has made quite the left-field milk choice.

So for those who are unfamiliar with the Indy 500, it’s traditional for the winner to drink milk after winning this legendary race. It all started when winner Louis Meyer drank some after victory in 1936. The dairy industry saw a marketing opportunity, and ever since 1956, the winner has drunk milk in Victory Lane.

It’s such a well-loved tradition that when Emerson Fittipaldi chose to drink orange juice instead of milk after winning in 1993, he was booed by the crowd, and some fans still haven’t forgiven him for it. Yep, really.

A unique quirk ahead of the race is that drivers get to choose which milk they’d like if they happened to win so that the Indiana Dairy Association can provide them with whole milk, 2% or skimmed milk.

Local hero Ed Carpenter, and Simona DeSilvestro, wrote buttermilk on their form, but the funniest choice has to be Juan Pablo Montoya, who has asked for chocolate milk if he wins.

2 write in Buttermilk.
1 for Chocolate.

Montoya is a two-time winner of the event, having won as a rookie in 2000 and then again in 2015 when he returned to the IndyCar series after a spell in F1 and NASCAR. Whether Juan Pablo will get his chocolate milk if he becomes a three-time winner or not, we’ll have to wait and see. 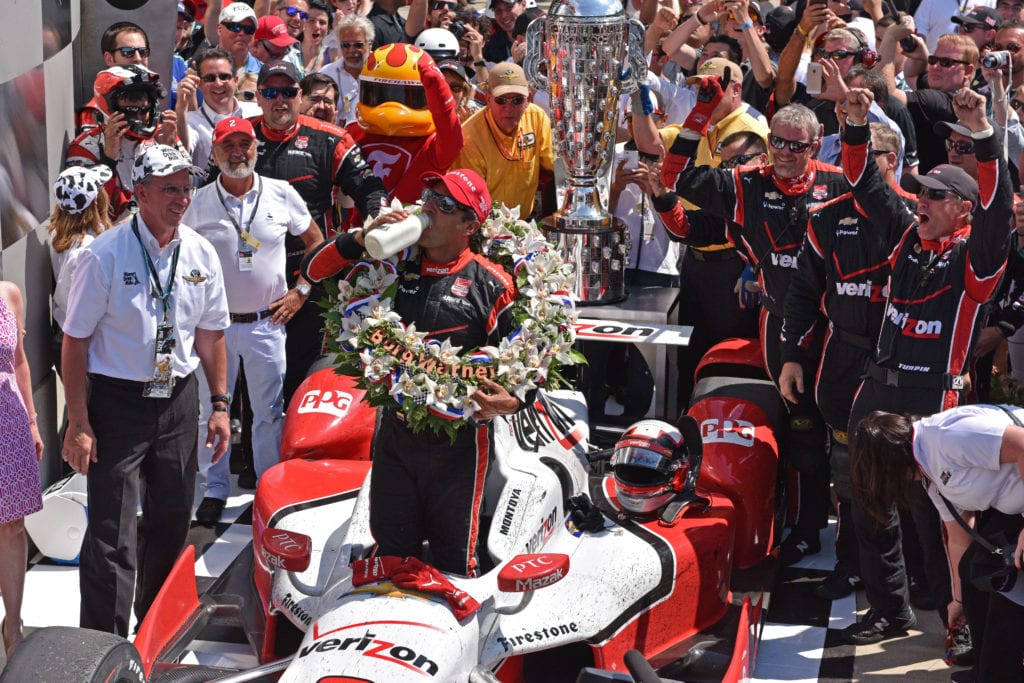