Not since the 2012 Brazilian Grand Prix has McLaren won a race but that all changed at the Canadian Grand Prix. No, not the actual race itself but the F1 Raft Race, which made a return on Saturday after qualifying.

Back in the late 1990s, teams used to bring their own designs and compete on the Olympic rowing lake behind the paddock at the Circuit Gilles Villeneuve, and in yet another thing to add to the list of awesome things Liberty Media have done since getting rid of Bernie, they brought the race back and live streamed it on Facebook.

The result was very different to the usual F1 pecking order, with Sauber taking third and Toro Rosso finishing second.

The race though was dominated by McLaren who showed just what they can really do when they don’t have a Honda engine to deal with.

Winners! Congrats to our speedy crew stormed to victory in the #F1RaftRace. 🛥🏆🏁 pic.twitter.com/f0hPYmF0Hv

This weekend Fernando Alonso said he’d stay at McLaren if they won by September. So technically… 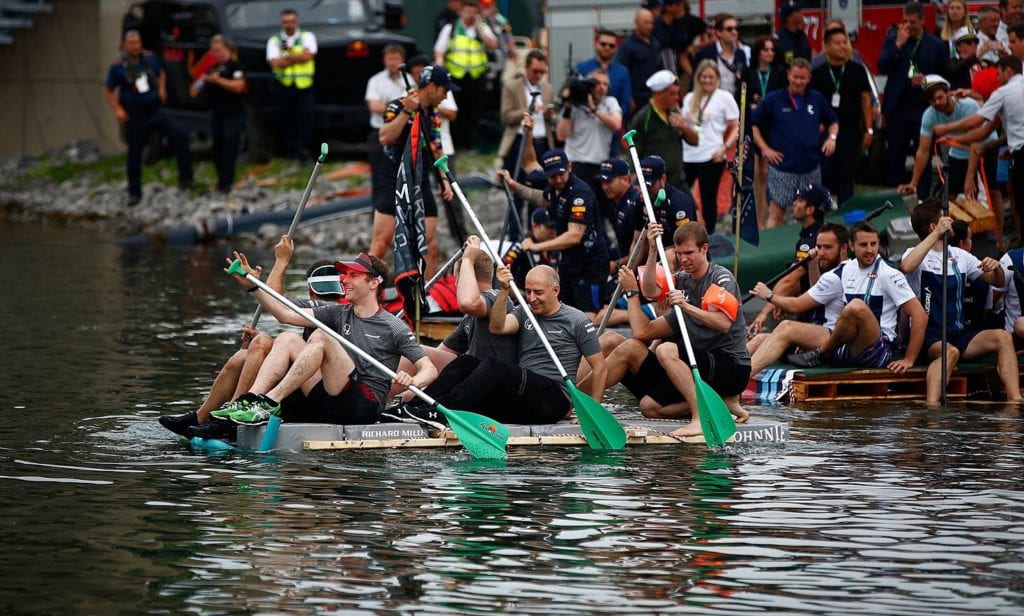