For a brief moment, the Italian Grand Prix had an asterisk next to its name on the 2020 calendar. F1 without Monza is almost unthinkable, particularly if you are of a Ferrari persuasion. But news has broken that the race’s future is confirmed. The deal in question is a five-year contract, previously speculated by the president of the Italian racing federation (ACI), Angelo Sticchi Damiani.

A circuit steeped in motorsport history and heritage, Monza is set to celebrate its 100th anniversary in 2022, with a number of facility upgrades planned to mark the occasion to the tune of €100 million. These refurbishments, the seeds planted at the back of 2018, include the removal of the second chicane – the Variante della Roggia, site of many a great overtake over the last 43 years – and the opening up of the awesome Ascari chicane.

The famous banking and the existing infrastructure will get some TLC too, in order to make the venue even more fan-friendly.

Earlier on Wednesday, Damiani said at a press conference held to honour the signing of management contracts:

“I hope to sign [with Liberty Media, F1 owners] shortly, but there is still some detail to be finalised. But we have the certainty, or we almost have it, that we can sign a contract for five years. Having fixed this part, starting next week we will start planning the modernisation of the circuit in view of the 100th anniversary of Monza.”

In front of a packed piazza, busy celebrating Ferrari’s 90th anniversary, a deal was announced to a fantastic reception. FIA president Jean Todt and F1 CEO Chase Carey were also in attendance.

So, get ready to mark 6 September 2020 in your diaries, plan your tifo choreography and get the champagne chilled. Monza is still be on the menu. “Grazie ragazzi”, in the words of Sebastian Vettel. 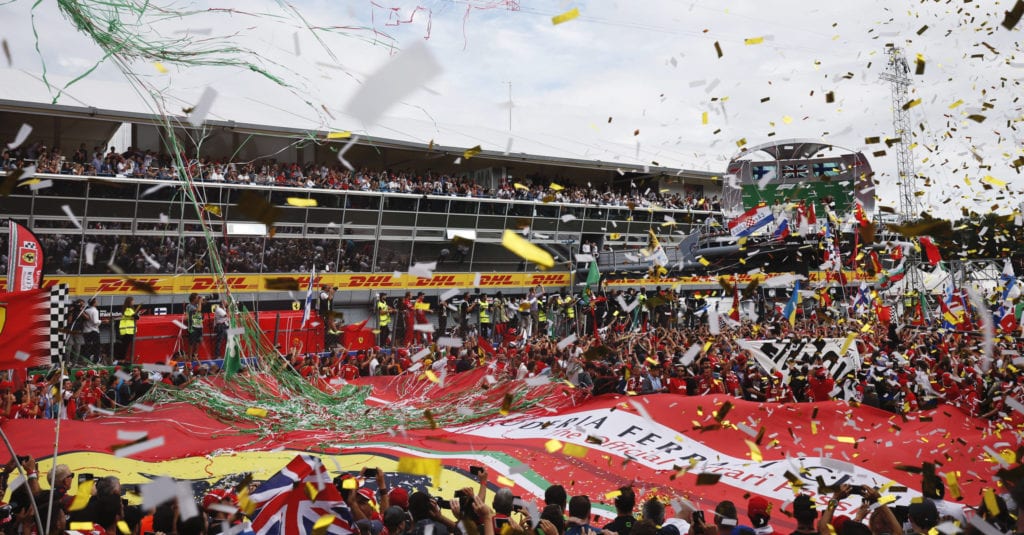