There Are More TV Graphics Coming To F1 Over The Next Few Months – WTF1
Skip to content
×
Formula 1 , News
2 comments

Us fans were recently treated to an ‘F1 Team to FIA’ radio insight on the global feed, which we all fell in love with. However, certain television graphics can come across as a bit pointless or ruin all the fun. Nevertheless, it’s been revealed that yet more graphics will be filtering through to our screens throughout 2021.

According to F1’s Director of Data Systems, Rob Smedley, there will be five new additions to our screens for viewers. Smedley has worked within F1 for 25 years, working alongside teams like Williams and Ferrari and delivered iconic team radio like “Felipe [Massa] baby, stay cool”.

So, what are these graphics, I hear you ask?

Well, according to racingnews365, we can expect these new graphics to start appearing in the next few weeks or so and will showcase things like ‘Undercut Threat’ and ‘Launch Analysis’, to name just a few.

Car Exploitation will be the first of the new graphics to be displayed on our screens. This graphic will be able to show the audience just how much a driver is getting out of their car and how much they’re pushing it to the limits. Braking, cornering and acceleration are all factors that will be used to make this graphic.

AWS – Amazon Web Services – who are behind most of these snazzy graphics, can use their algorithms and work this out despite “regardless of where the lap times are”.

This new service is about the start of the race.

We all see cars absolutely launch it down to Turn 1, and now we’ll be able to use computer vision to see the different lines and trajectories they take. According to Smedley, this is the first time they’re using this ‘computer vision’. Sounds interesting!

After using the ‘Pit Battle Forecast’, F1 is now set to introduce an ‘Undercut Threat’ graphic. This one is all about strategy and helping explain what an undercut is to new fans.

An undercut is a strategic move in which a driver makes a pit stop several laps earlier than the car in front. By doing this, the car that pits first can be on a fresher set of tyres so they can overtake the other driver on older tyres.

Kinda what it says in the title, this graphic will break down what the driver’s performance is like in the pitlane. Although there is no definitive answer on what this graphic will track, it’s expected to be the time gained or lost when the car is not sat in its pit box.

This will also be alongside the typical ‘pit stop time’ graphic we commonly see in races.

According to Smedley, this has been a graphic he’s really enjoyed working on. ‘Energy Optimisation’ will help bring the car’s power units to life. No, we’re also not sure what he’s on about either, but apparently the graphic will look at all the different components of the PU and explain all the relevant data.

We’re interested in seeing all these graphics come to life on our screens over the next few months.

Keep your eyes peeled during the #ImolaGP for its screen debut 👀#F1 pic.twitter.com/zsYrHuiux9

With these additions, there will now be almost 20 on-screen graphics used over an F1 weekend.

Is that too many? Let us know in the comments below. 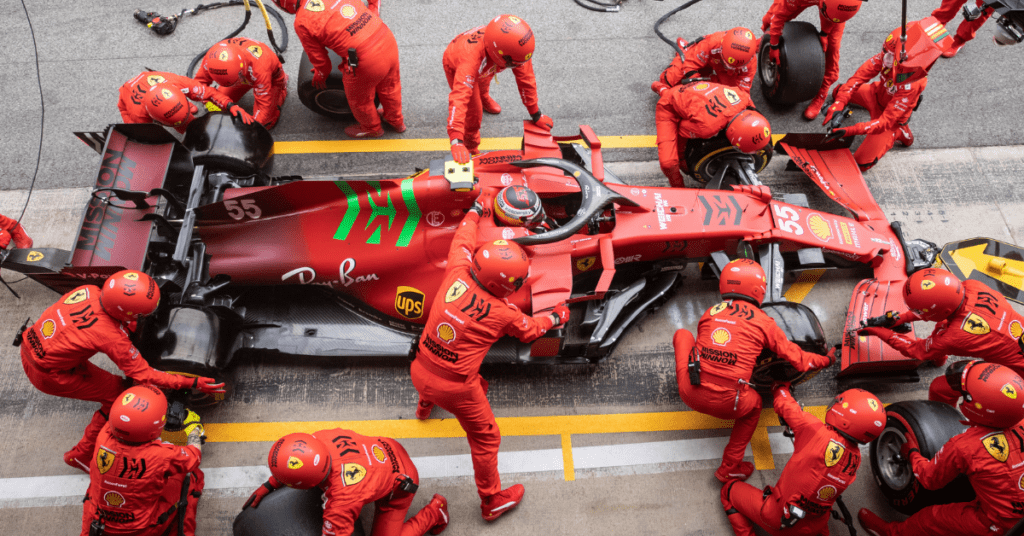