The decisive moment happened on the penultimate lap of the race when Bird made contact with Andre Lotterer while going for the lead. The German suffered a puncture and broken suspension and dropped right to the back of the field (a move he called “disgusting”) as Bird went on to take the win on-track.

It was a controversial moment as although it significantly affected the race outcome, plenty of other contact had gone unpenalised through the rest of the race. However, the stewards have taken the view that Bird was to blame for the incident and issued him a five-second post-race penalty, dropping him to sixth in the final standings.

That promotes Mortara to his first Formula E win – a result that comes full circle from this race in 2017, when Mortara threw away a win on his debut weekend by spinning out of the lead with a few laps to go. It’s also the first win for Venturi, a team that’s been in the series since it began in 2014.

Lucas di Grassi is promoted to second with Bird’s teammate Robin Frijns being elevated to a podium position ahead of Daniel Abt, Felipe Massa and the penalised Bird. However, it’s worth noting that the result is still provisional as the Envision Virgin team has appealed the decision.

As well as the change in the race result, it’s also had a massive effect on the championship standings. Bird still leads with 54 points, just one ahead of Jerome d’Ambrosio on 53 points and then di Grassi and Mortara on 52 points. Yeah, this is going to be one ridiculously close season… 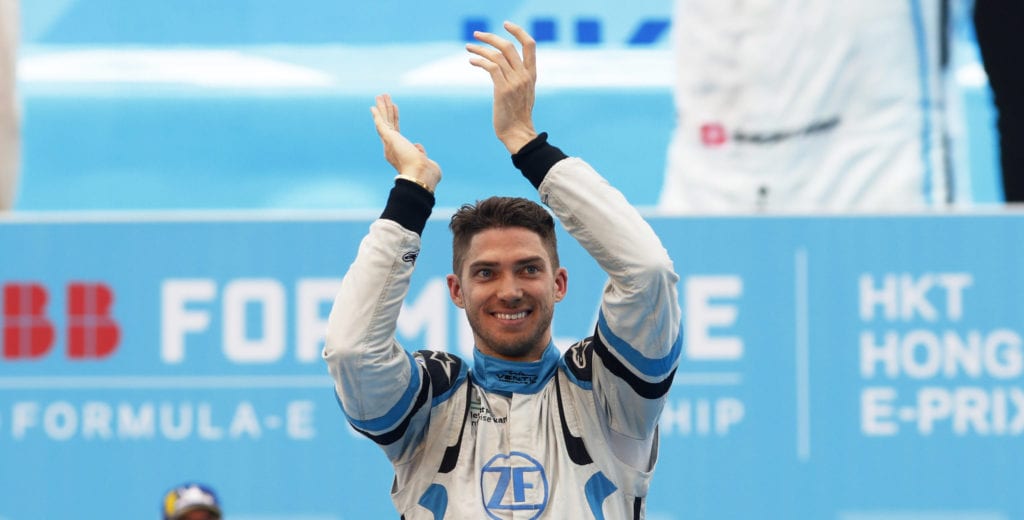