After nearly 28 laps of racing in treacherous wet conditions at Misano, Tech3 rider Zarco was running in seventh place and on course for a decent result.

Well, that was until he ran out of fuel as he entered the start/finish straight. A painful distance from reaching the chequered flag.

While most motorsport competitors would pull off track and retire, MotoGP riders are from a completely different planet. Zarco was determined to finish.

What a heroic effort from Zarco as he pushes his bike over the line!💪

He still finished in the points 👏 pic.twitter.com/05mFvPO0F6

So, he hopped off his heavy bike and began pushing it down the main straight, heading for the finish line, as he dropped further down the order.

You could really sense how much he was struggling towards the end, which is unsurprising after almost 28 laps of racing and the sheer effort of pushing a MotoGP machine.

He eventually did it, though, to finish 15th and claim the final point of the race. What an absolute hero!

Marc Marquez snatched the lead from Danilo Petrucci on the final lap to claim victory at Misano, his fourth win of the year, drawing level with Andrea Dovizioso in the championship fight. 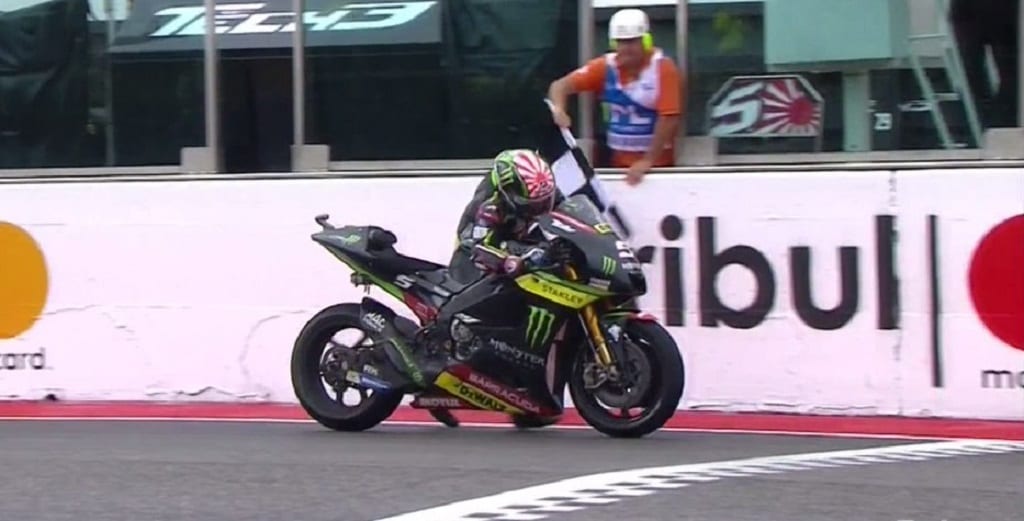