We all know MotoGP riders are from a completely different planet, with the bravery and skill needed to race at such ridiculous speeds.

So, when something goes wrong, you know the crash is going to be pretty big. Amazingly, Miller escaped this big accident with just a few bruises.

Lucky, lucky Jack Miller! 😱 The 22 year old walks away with his life in his hands at the @MotoGP FP4 #FrenchGP pic.twitter.com/5F94buixbH

During fourth practice at the Bugatti Circuit, which is located at Le Mans, Miller lost control of his bike at the exit of a corner and was sent spearing off track.

He let go of his Honda bike just before crashing into the barriers and was flung into the air, in what was one of the most terrifying MotoGP shunts we’ve seen in ages.

Amazingly, he emerged unscathed, except for some bruising, and after a medical check he got on his spare bike for qualifying. Because MotoGP. 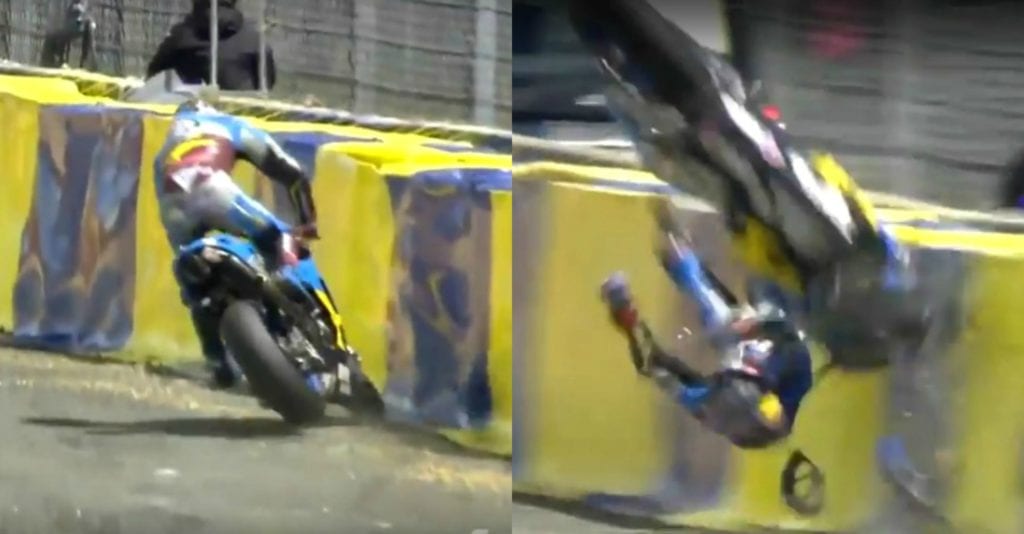