In MotoGP, penalties are thankfully much rarer than F1, but in recent years the stewards have cracked down on things like overly aggressive riding or breaking track limits. In any series, penalties are contentious things – going through the pit lane can be race-ruiningly harsh and time penalties are often confusing for fans.

Therefore, one of the potential punishments MotoGP race stewards often opt for is to order the rider in question to drop back a position or two on the circuit. The problem there is that in itself is an inconsistent penalty – it can cost a few tenths or few seconds, depending on how far the rider behind is. And if there’s a huge pack of running together, giving up one place can easily turn into losing three or four. Plus, having someone unexpectedly slow down potentially isn’t the safest thing in the world.

Therefore, MotoGP has come up with a new idea – the ‘Long Lap Penalty’. It’s kind of a similar principle to the joker lap in rallycross – one of the corners will have an alternative route – longer and slower than the actual corner – which riders have to take if they’re given a penalty.

The idea was first trialled in a test in Qatar and rider feedback was so positive that it’s going to be written into the regulations ahead of the upcoming season.

The positioning of the ‘long lap’ at each circuit will be decided by the race directors – though it’s expected that not every track will have a suitable location, in which case that type of penalty simply won’t be an option.

It’s a great idea and one that’s so much simpler than the alternatives that it’s a wonder it hasn’t been thought of sooner. Could a similar thing be implemented in F1? Given that cars are much larger than bikes it’d probably be almost impossible to manage on tracks with anything less than entire car parks-worth of run-off.

If it was feasible, however, is it something you’d like to see in F1, or are the penalties we have now enough? Imagine if instead of grid penalties for engine and gearbox changes, drivers had to take take the longer layout for the first three laps of a race (or something)… 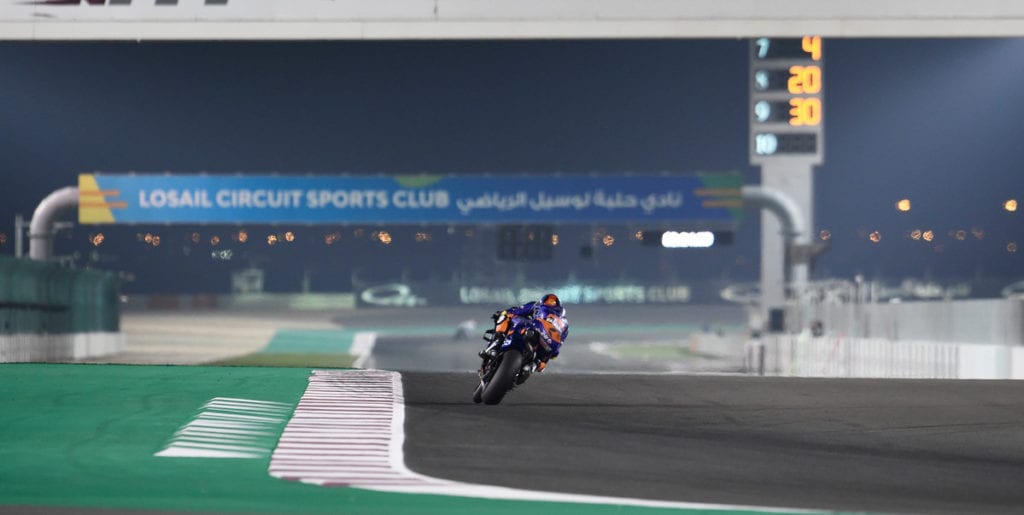