Motorsport Fans Share The Kind Of Awards They Want To See From F1 This Year – WTF1
Skip to content
×
Formula 1 , Fun , Opinion

After F1 announced that they’re now giving out an ‘Overtake Award’ for the driver that completes the most on-track passes throughout the 2021 season, it got us thinking. What kind of awards would we like to see F1 give out at the end of a season?

Our WTF1 Editor, Katy Fairman, put that exact question out over on Twitter, and we’re loving some of the suggestions. Although some are only a bit of fun, there are some answers which we think the big brains at F1 should really take note of ✍️

If you could create an #F1 award that was handed out at the end of the year, what would you pick?

As we said, some of these replies are more serious than others and would bring light to the incredible men and women who work extremely hard behind the scenes and reward that dedication and determination.

One award that has been suggested is for the phenomenal work the pit crews do. Remember when Red Bull fixed Max Verstappen’s car after a pre-race mistake on the way to the grid? The team managed to replace the car’s left-front suspension in around 18 minutes. INSANE.

Pit lane heroics – for the most impressive rebuild or works done by a pit crew, like Verstappen's 20-minute reconstruction on the grid last year. Great opportunity to showcase some of the graft in garages. Sponsored by Swarfega.

As one Twitter user, Christopher, points out, it would be awesome to have a team’s impact away from the race track recognised. The FIA already has an FIA Environmental Accreditation Programme, which was put in place in 2012, but rewarding a team like Aston Martin who went litter picking with Sebastian Vettel after the British GP could be special.

On track: Cleanest Season – least penalties, least incidents, most consistent results
Off track: Community Impact – helping the local communities the races are held in some meaningful way like volunteering

Another suggestion was to celebrate the technical development that goes on behind the scenes. There are some serious brainboxes who work in F1 that are always coming up with new ways to bend the rules and create elements to the cars that help take it to another level. You’ll probably find the award is banned the following year as the other teams on the grid will all protest it, though.

F1 Technical Award. Given to the team with the most creative innovation during a season. So for example, in 2020, that would something like DAS from Mercedes.

F1’s new overtaking award counts “the most overtakes throughout the season” among all the drivers. Still, some fans think we should be celebrating the actual overtakes themselves rather than tallying them all up.

There was a big demand for an award relating to radio messages. We love a good radio message, and with F1 now having access to the driver’s radio if they win the ‘driver of the day’ vote, we’ve already heard some gems this year.

It turns out that food related ideas were quite popular too.

Pizza 🤝 F1. Why has this now become the most important award of them all?

Most pizzas bought for factory staff.

We’d also be happy to help with travelling around the world to experience each team’s catering. We’ll take one for the team.

Does this next one even need any explanation? We all know that the Social Media Team Championship is the one they’re all after. We’ve heard some rumours that are definitely true *cough cough* that some teams are only in F1 to win this award. Nothing else. We’re telling you, it’s serious.

What award would you like to see recognised by F1 at the end of the season? Let us know in the comments. 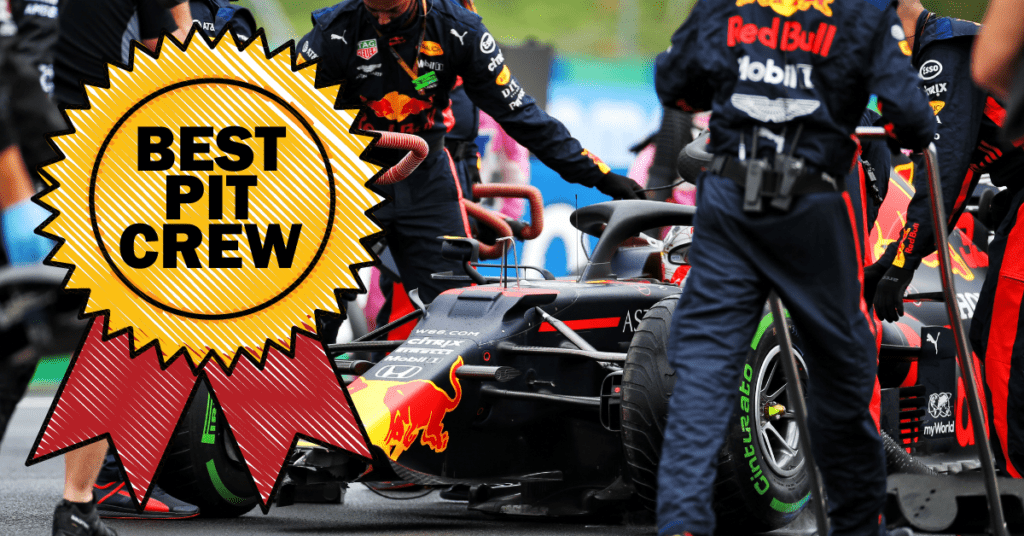