The 53-year-old was competing in a handcycle race in Italy when, according to reports, Zanardi lost control and collided with a lorry on a downhill section. He was reportedly awake after the incident but had to be airlifted to hospital with serious head and facial injuries, spending two-and-a-half hours in surgery on Friday evening. After the surgery (which involved neurosurgical and facial reconstruction procedures), he was placed in intensive care and described as having a “reserved prognosis”.

On Saturday morning, the hospital released an update on Zanardi’s condition, where he’s described as being in a stable but serious condition. The statement reads:

“Regarding the clinical conditions of the athlete Alex Zanardi, hospitalised from 18:00 on June 19 in very serious conditions at the Santa Maria alle Scotte polyclinic following a road accident that occurred in the province of Siena, the Health Directorate of the Aou Senese informs that the patient, subjected to a delicate neurosurgical intervention on the evening of June 19, and subsequently transferred to intensive care, has stable hemodynamic and metabolic parameters.

“He is intubated and supported by artificial ventilation while the neurological picture remains serious.”

Zanardi is a legend, an icon, and a hero to many. An F1 driver for Jordan, Minardi, and Lotus in the early 1990s, he went over to America and won two CART championships before returning to F1 with Williams in 1999. He went back to CART in 2001 and was involved in a truly dreadful accident at the Lausitzring – he somehow survived losing three-quarters of his blood in the incident and had to have a double leg amputation.

Undeterred, he returned to motorsport, winning races in the World Touring Car Championship and competing in all sorts of other championships, such as Blancpain and the DTM. Last year he competed in the Dayton 24 Hours, and on the day of his accident was announced as a competitor in the last race of this year’s Italian GT championship.

My thoughts are with Alex Zanardi tonight. He has defied the odds his whole life, always done the seemingly impossible. When we raced against each other I realised there was never a point in any race that in his mind he was beaten.
I’m praying for another Zanardi miracle 💪🏼💔

I am so anxious and frightened about Alex Zanardi that I'm holding my breath. I am his fan. I am his friend. Please do what I'm doing and pray pray for for this wonderful man. https://t.co/P8XPVymmKg

The thoughts of our whole team are with former driver Alex Zanardi after he was injured in a hand bike accident earlier today.

Alex is one of life's truly inspiration people and as we all know, a fighter through and through 👊

We wish Alex all the best as he fights his latest battle, and are thinking of him, his family, and friends at this difficult time. 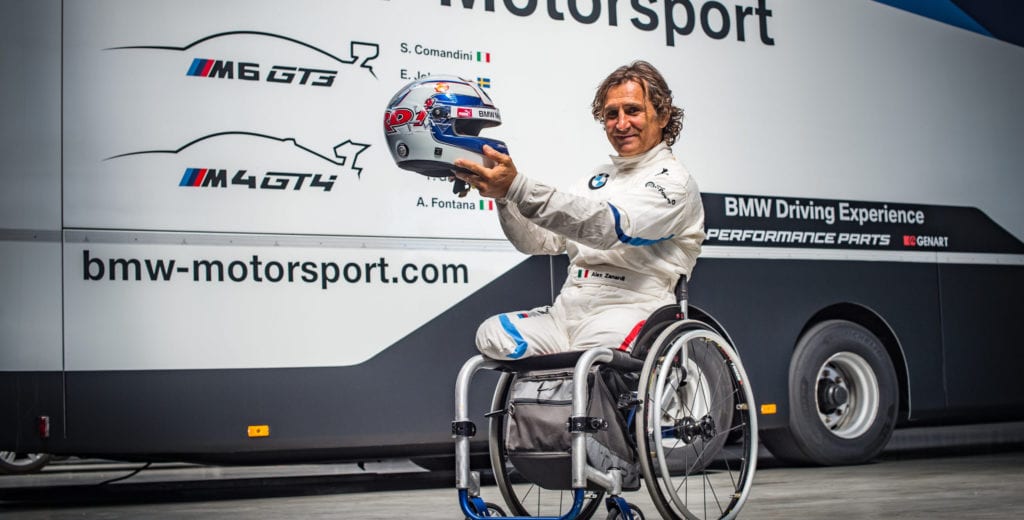