The No.7 car of Mike Conway, Kamui Kobayashi and Jose Maria Lopez was looking unbeatable. After taking pole, they simply drove away at the front for much of the race (Conway in particular was on a mission), building and mantaining a gap of a couple of minutes to the No.8 car.

Then, as the final hour began, Lopez got a puncture and had to pit. He retained the lead, but on his outlap got another puncture, dropping to second and handing Nakajima the lead in the No.8 car – a lead he wouldn’t lose.

It was later revealed that the double puncture was actually the result of a sensor problem. Although Lopez tried to recover the deficit, it was a bridge too far. Nakajima crossed the line to deliver the second Le Mans win in a row for Alonso, Buemi, and Nakajima – a result which also wins them the WEC title.

The championship was never really in doubt as long as they reached the finish, but it’s still a huge deal. Nakajima becomes the first Japanese driver to win an FIA title, while Alonso becomes just the second driver in history to win two FIA World Championships in different series (the other being Petter Solberg, in the WRC and World RX).

The LMP2 class was won by the No.36 Signatech Alpine crew of Pierre Thiriet, Nicolas Lapierre and Andre Negrao – winning the LMP2 title in the process – while GTE-Pro went the way of the No.51 Ferrari of James Calado, Alessandro Pier Guidi and Daniel Serra. GTE-Am was won by the sole privateer Ford GT run by the one-off No.85 Keating Motorsports entry of Jeroen Bleekemolen, Felipe Fraga and Ben Keating.

Despite the success of the No.8 Toyota, it’s hard not to feel absolutely gutted for Conway, Lopez and Kobayashi having dominated the entire race. The No.7 car taking the win and the No.8 car the title is a result nobody would have been unhappy with.

Hilariously, the late race drama has immediately caused a few people to jump on the ‘Toyota fixed it for Alonso’ bandwagon, which is just a little bit of an overreaction. Firstly, it’s Le Mans – stuff happening in the final hour is par for the course. Toyota alone has lost multiple wins through problems in the final hour over the year. And secondly, if Toyota was going to fix the result, do you really think it would be done in such an obvious manner?

No. It sucks for the No.7 car, but they’ll have next season to try and get make it up before the LMP1 rules come to an end. Buemi and Nakajima will be back to defend their title, but Alonso won’t be – he’s off to race elsewhere as Brendon Hartley takes his place with Toyota. 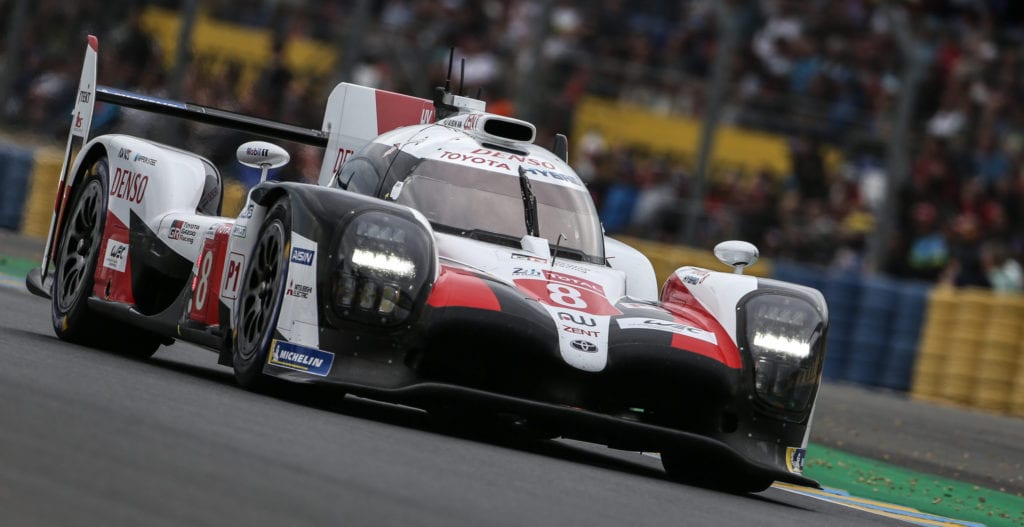